The Vaccines announce fifth album Back In Love City

The Vaccines announce new album 'Back In Love City' will drop in September. 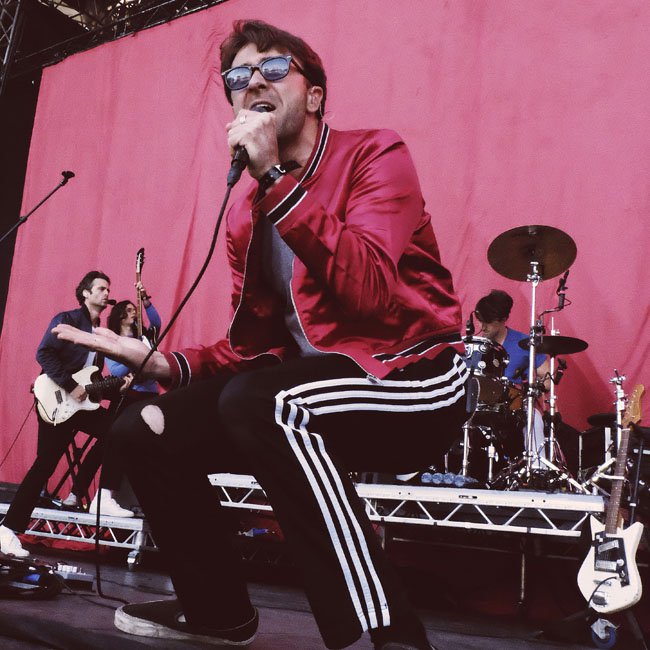 The Vaccines will release their fifth album 'Back In Love City' later this year.

The 'If You Wanna' hitmakers have unveiled the follow-up to 2018's 'Combat Sports' and it's set to drop on September 10.

Frontman Justin Young revealed the collection takes inspiration from his own experiences of a house swap in Los Angeles, as well as Ridley Scott's futuristic interpretation of the city in 'Blade Runner'.

He said: "In some obvious ways we’re more connected than ever.

“But we’re also more polarised than we’ve been for 100 years and the world is getting colder.

"What if there was a place where love and other emotions had run dry – but you could go to Love City to get them?”

The band has unveiled the title track from the record, and the LP as a whole - which was finished early last year - was produced by Daniel Ledinsky, who has worked with the likes of Rihanna and Tove Lo in the past.

Speaking in March last year, Justin teased a collection "heavier than anything" the group - completed by Freddie Cowan, Árni Árnason, Timothy Lanham and Yoann Intonti - had ever done before.

here we go. V pleased to announce BACK IN LOVE CITY, our fifth child is coming 10th september 💊💊 pre-order it here: https://t.co/anHpmVIz2V pic.twitter.com/si3VGSixhf

He said: "The new Vaccines album is heavier than anything we've ever done and it's quite brutal in places. I'm sure that's a consequence of having made a pretty record."

And when asked if that meant the record was heading in a punk direction, he added: "There's lots of riffs. Yeah actually, there's two punky songs on there.

"It's weird, it's the poppiest and most colourful record, but - actually, I'm gonna stop myself there. It just feels really heavy, it's quite face-melting in places. Lots more screaming. It's good, I think."

'Back In Love City' tracklist: