The Weeknd was recognised by his home city of Toronto ahead of his Pepsi Super Bowl LV Halftime Show set, with Mayor John Tory naming February 7, 'The Weeknd Day'. 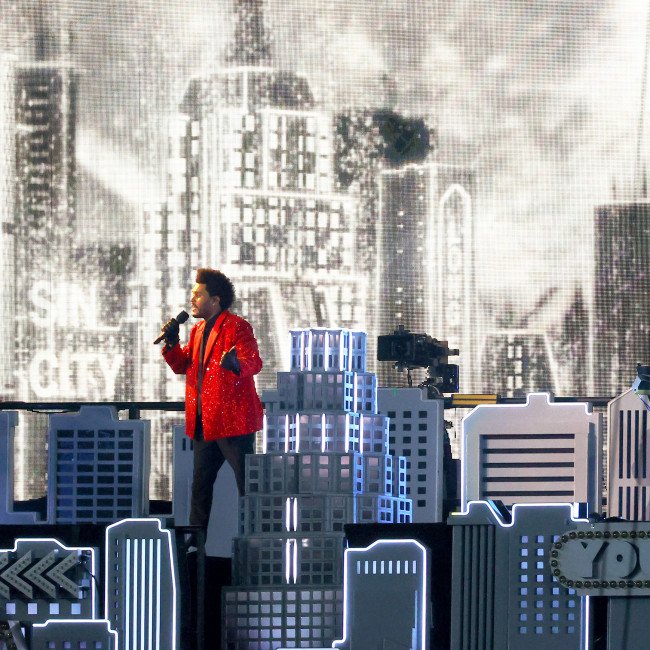 The Weeknd was honoured with his own day ahead of his epic Pepsi Super Bowl LV Halftime Show set.

The 30-year-old Canadian star's home city of Toronto named February 7 'The Weeknd Day’, before his show-stopping performance midway through the showpiece NFL final between the Tampa Bay Buccaneers and the Kansas City Chiefs at the Raymond James Stadium in Tampa, Florida.

The 'Blinding Lights' hitmaker - whose real name is Abel Tesfaye - became the first Canadian to headline a solo halftime show, according to Toronto Mayor John Tory, who said in a statement: “The Weeknd is a multiple Grammy Award-winning singer, songwriter and record producer, hailing from Toronto, who has quickly become one of the world’s most popular musicians with over 75 million records sold world-wide and the #1 and #2 R&B streaming albums in history.

“This Sunday – on Super Bowl Sunday – we celebrate The Weeknd as he becomes the first Canadian to headline a solo halftime show and only the third Canadian ever to perform live at one of the world’s most-watched events. Millions of people will be watching him and cheering him on but we know Scarborough, a community he continues to support, will be cheering the loudest!

“Toronto is proud that one of its own, The Weeknd, has achieved such enormous popularity both here at home and on the world stage.”

The Weeknd turned the Raymond James Stadium into Sin City and performed a medley of his greatest hits.

He first appeared on stage in a floating black convertible surrounded by neon nights to recreate Las Vegas, before the stadium stands divided in the middle with the 'False Alarm' hitmaker appearing in between.

A masked-choir with robot masks with red lasers sang from the stands and The Weeknd stepped out in the glittering red suit jacket his alter ego from 'After Hours' wears and performed 'Starboy'.

True to his word, The Weeknd kept things family-friendly, as he went straight into a clean version of 'The Hills'.

He then went back into the middle of the stands and entered a bedazzling mirrored maze and filmed himself singing ‘Can’t Feel My Face’.

A group of bandaged backing dancers in the same red jacket then surrounded him.

The Weeknd, who had claimed to have spent $7 million of his own money on the production, then appeared in between the fake city skyline as he wowed with a rendition of 'I Feel It Coming'.

After 'Save Your Tears' from his acclaimed LP 'After Hours' and an epic rendition of 'Earned It' from the 'Fifty Shades of Grey' soundtrack, featuring a string section, The Weeknd took fans on a trip down memory lane with one of his earliest hits, 'House of Balloons/Glass Table Girls', which he descended onto the field for with his troupe of bandaged lookalikes.

The eight-song set concluded with The Weeknd performing the biggest track of 2020, 'Blinding Lights'.

Due to the COVID-19 pandemic and social distancing measures, there were no special guests this year, and The Weeknd and his crew performed largely off the field, while there was only a “fraction of the work force” to make the show go ahead safely.

The Tampa Bay Buccaneers beat the Kansas City Chiefs 31-9 to win the game.