All You Ever Wanted

Tina Barrett has revealed she and her S Club 7 bandmates have spoken about reuniting to write new music. 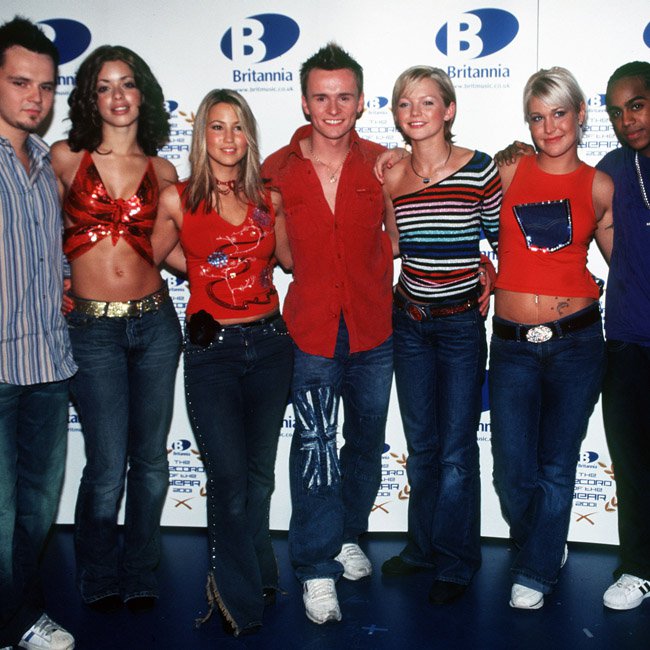 S Club 7 are in talks to reunite

S Club 7 are in talks to reunite and make new music as a seven-piece after being inspired by Steps' successful comeback.

Band member Tina Barrett - who was joined by Jon Lee, Rachel Stevens, Jo O'Meara, Hannah Spearitt, Bradley McIntosh and Paul Cattermole in the classic lineup - has revealed she has discussed writing new music together with her former bandmates, 17 years after they split.

The reunion talks, she says, were inspired by their 90s rivals, who recently reached No2 in the Official UK Chart with their album, 'What The Future Holds'.

Tina told The Sun newspaper's Bizarre column: “We ­definitely want to do something new together.

“We’re all older now so we could do something that reflects how we are now — not such a teeny-bopper sound, something more credible.

“Looking at a band like Steps who are quite ­similar, they’ve done new music and they’ve done incredibly well. We’d be silly not to.

“Everyone really enjoyed the last reunion so this time around everyone’s more up for it.

“I’ve chatted to pretty much everyone and I think we’re all up for it. So it’s just about getting it in the diary. I’m pretty sure it will happen.”

The 'Reach' hitmakers last reunited in 2015 for their 'Bring It All Back' tour.

And despite Hannah and Paul previously being in a relationship together, Tina insisted that won't cause any issues.

Tina added: “Obviously it’s life — you’re with someone and then you break up and some people still have to work with them.

“Sometimes it is hard but you do have to ­separate work from real life.

“Hannah and Paul are both very professional so it’s fine. I know Paul is up for it.”

S Club 7 scored four number one singles, sold more than 13 million albums worldwide and had their own hit TV show.