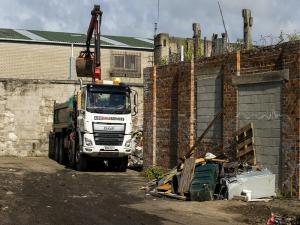 The removal of mounds of waste at illegal dumping sites in north Belfast is nearing completion, according to a councillor.

Used mattresses, medical equipment, food waste and gas bottles were among the waste piled up at two sites off the Crumlin Road.

Community representatives said a number of residents had left their homes due to large numbers of rats and flies.

Protests were staged by residents demanding action to clear the waste. 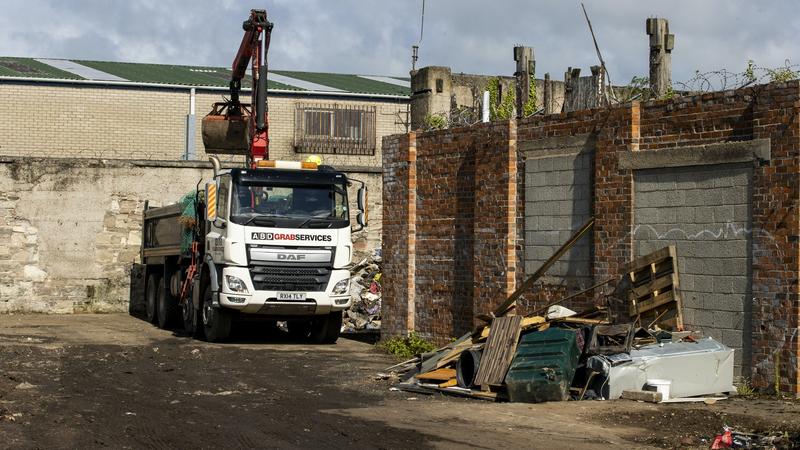 The Northern Ireland Environment Agency (NIEA) said it was made aware of dumping at Edenderry Industrial Estate on June 11.

Waste was also dumped at a site close to the junction of Hillview Road and Crumlin Road.

On Tuesday workers appeared to be clearing the final quantities of waste from the Hillview site, with the Edenderry Mill site around 80% cleared.

DUP councillor Brian Kingston said he understands Belfast City Council and the Environment Agency are monitoring the removal of the waste.

"This was an unlicensed waste facility, it wasn't registered to handle waste. There didn't seem to be any sorting of the waste, it just all seemed to be thrown into this large warehouse unit and built up," he said.

"It was totally irresponsible, no consideration for the social consequences and the health consequences for those living locally.

"Large-scale dumping like this is bad enough in a rural area, but happening in a densely populated urban area meant the negative consequences were felt by a huge number of people with the flies and the rats, which is why we wanted an urgent response.

"Thankfully we are getting towards the end of the removal and we will push to make sure it is completed.

"Anecdotally we have had reports that the number of flies has greatly reduced."