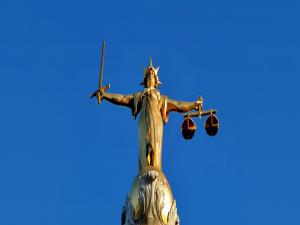 A coroner has ruled out state collusion in the shooting dead of a Belfast warehouse worker early in the Troubles.

A "flawed and inadequate" investigation was held into the brazen and sectarian loyalist murder of Daniel Carson in the Shankill Road area in November 1973, Justice Adrian Colton added.

A work colleague told police she recognised the gunman as a person referred to as S1.

The individual known as Witness A later changed her story, fearing for her safety, and the suspect was not charged with murder.

The coroner said: "There was compelling and credible evidence that the injury sustained by the deceased was as a result of a bullet fired by a person identified as S1.

"The investigation into the death of Daniel Carson was flawed and inadequate."

His death was caused by a laceration of the brain due to a gunshot wound to the head, a statement from the coroner released by Northern Ireland's Judicial Communications Office on Tuesday morning said.

The Ulster Volunteer Force has long been blamed for killing the salesman from Dunmurry aged 29.

Mr Carson, from Brooke Drive in Belfast, was pronounced dead at the Royal Victoria Hospital.

The coroner criticised the actions of the military and the Royal Ulster Constabulary (RUC) during the investigation into Mr Carson's death.

He was urged by lawyers for Mr Carson's family to find that their actions were informed by bias linked to sectarianism, focused on how S1 was treated while in custody.

Insufficient evidential basis existed for concluding that a senior detective's actions and those of his investigators were motivated by sectarian bias, the coroner found.

Evidence supported the contention that those involved in the investigation were entirely motivated by their view that Witness A was unwilling to give evidence and that if she did her life and that of her family would be in danger, he added.

This assessment led to S1 not being charged with Mr Carson's murder.

The coroner added: "Ultimately it is probable that a successful prosecution in this case depended on the willingness of Witness A to give evidence at any trial.

"The entire approach of the RUC was clearly coloured by the assessment that Witness A would not give evidence even though 'the recognition/identification was never in doubt'."