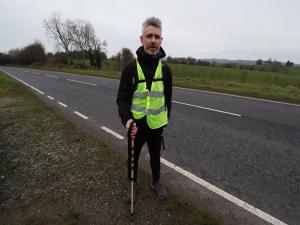 An Enniskillen man is walking to Stormont in protest at the lack of a functioning government in Northern Ireland.

Dylan Quinn is traversing 90 miles to vent his frustration at the non-governance. He started his trek on Saturday morning from his home in Enniskillen and is aiming to reach Stormont on Monday evening.

The father-of-four described the political system in Northern Ireland as "dysfunctional".

He is hoping to encourage political discourse and wants people to realise that they have the power to change the situation.

Mr Quinn said: "It is about raising the issue so that when we next go to the ballot box maybe we'll start to choose a little bit wiser.

"The rhetoric of the past is not about the future and we need people to move forward."

This month marks two years since the powersharing executive collapsed.

The day was marked by a series of public protests by the #wedeservebetter campaign group calling for MLAs to return to the Assembly. The group was set up last year by Mr Quinn.

The executive imploded in January 2017 amid a bitter row between the Democratic Unionists and Sinn Fein over a botched renewable energy scheme.

The rift widened to take in other more tradition disputes - such as the Irish language - and the parties remain at loggerheads, with no prospect of an imminent breakthrough on the horizon.

"I don't underestimate the challenges we have to deal with both political, social, cultural historical but they need to be faced up to and at the moment our parties are not doing anything about that," Mr Quinn said. 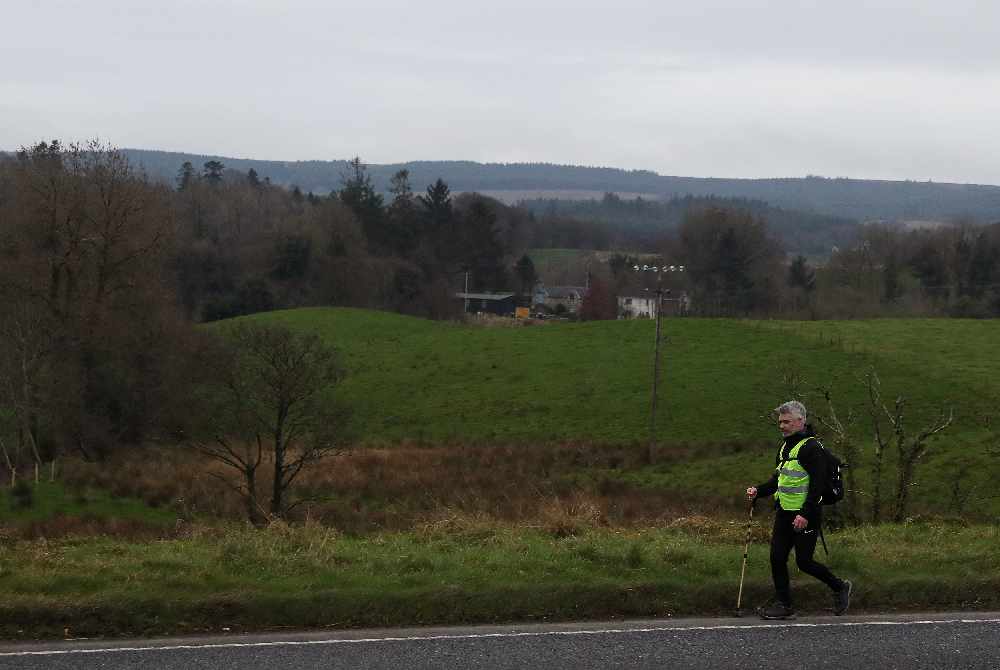 He wants to see a new government formed, but he does not believe the Assembly can be re-established in the same way as it was before.

"We need to have a proper debate and discussion over an extended period of time of how we operate successfully in Northern Ireland," he said.

"Until we do that, we're going to continue to come up against the same old problems."

Some MLAs and members of the public have been joining Mr Quinn at differing stages during his walk.

A complaint was made to the police that Mr Quinn's walk amounted to an illegal parade because he had not notified the Parades Commission.

While he doesn't believe it amounts to a parade as he is the only one walking the entire journey, Mr Quinn submitted an application to the commission on the advice of the PSNI.

The crisis in the region was triggered on January 9 2017 when the late Sinn Fein deputy first minister Martin McGuinness quit. The executive collapsed one week later - on January 16 - when the deadline for Sinn Fein to nominate a new minister expired.

The administration limped on without a first or deputy first minister until March 2, 2017 - when a snap Assembly election was held.

Since then, there have been a number of rounds of talks between the political parties, but none have been successful.

It is now more than 700 days since the Executive collapsed.

Belgium was without a properly functioning government for 589 days when prime minister Yves Leterme quit in April 2010, and it went 541 days without any government at all when a new administration was not formed after a subsequent election in June 2010.