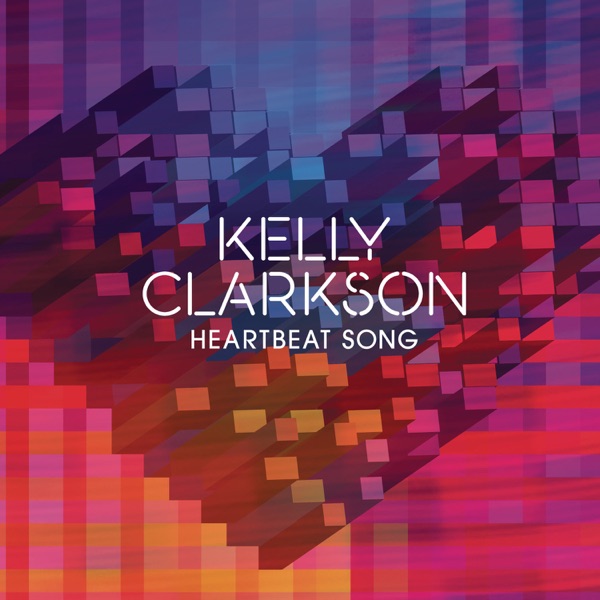 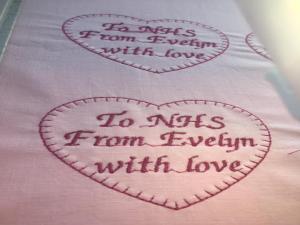 A Co Down woman who's brought over 200 people together to make scrubs for frontline healthcare workers has been moved to tears following a special donation.

Thelma Morrow began gathering material - including poly cotton - to make protective equipment for medics in the Ulster Hospital around three weeks ago, but the idea quickly evolved with over 500 items now dispatched.

"I'd been doing it on my own and just making what I could from fabric I could gather up," she explained.

"When I ran out I set up a group for friends and it just exploded.

"Now there are 30 teams each consisting of a team leader, cutters, stitchers and drivers to collect material" 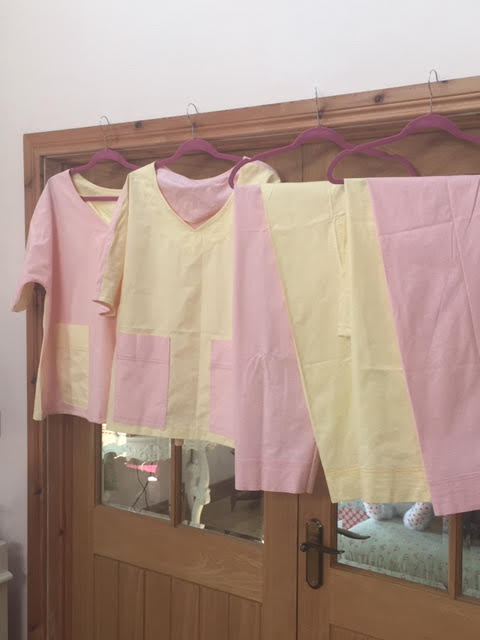 Ms Morrow says the generosity of one local pensioner has inspired the "North Down & Ards Scrubs for the NHS" group to keep going.

"Councillor Ray McKimm came on board and he happened to know a woman called Evelyn who lives in Dundonald," she recalled.

"She was given bed sheets as a wedding present 60 years ago and had been holding onto them for a special occasion.

"Now in her 80s she realised there's never going to be a more special occasion than now."

The pensioner donated the sentimental fabric to the group touching the hearts of all those involved.

"My friend Louise who's involved came to leave them off and told me who had donated them - I kept a stiff upper left until she'd gone and then I just sat and cried my eyes out for the whole day," Ms Morrow said.

"Imagine holding onto sheets for 60 something years, never using them and then handing them over to someone to cut them up and make scrubs for the NHS.

"It's touched so many people's hearts and I just can't stop crying."

A number of collection points have been set-up around the district for anyone else who can supply material.

It will be used on Covid wards and testing sites as well as maternity wards.

Further details can be found on the group's Facebook page or on a GoFundMe page which has been set up.