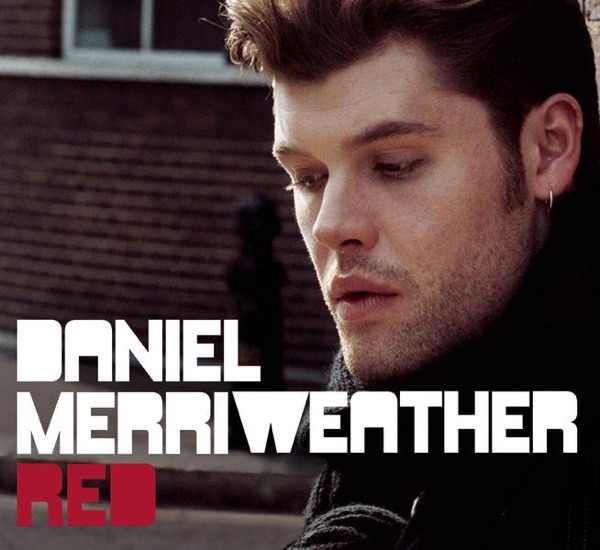 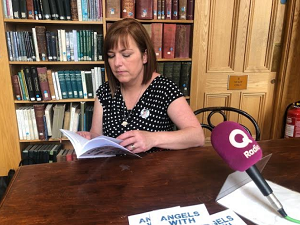 Lyra McKee's sister Nichola Corner at the launch of Lyra's book at the Linenhall Library, Belfast

The sister of Lyra McKee has described seeing her book in print as "bittersweet".

The 29-year-old journalist was shot dead by dissident republicans in April just weeks before her book, Angels With Blue Faces, was due to be published.

Her murder while observing a riot in the Creggan area of Londonderry sparked outrage across the world.

Irish President Michael D Higgins, former prime minister Theresa May and Taoiseach Leo Varadkar were among the mourners who attended her funeral.

The book follows an investigation by Ms McKee into the murder of Ulster Unionist MP Robert Bradford in 1981, and examines speculation that he had been about to expose details of people involved with the abuse of children at the east Belfast boys' home Kincora.

In the book, Ms McKee writes that she began her research when she was 22 years old and was inspired to write a non-fiction story that read like a novel.

Her sister Nichola Corner said they were so proud to see her book in print but wished she was there to share the moment.

"We're extremely proud of her, it's obviously very bittersweet that she is not here with us to hold it because the book had meant so much to her and had circumstances been different we would have been celebrating this achievement with her. Unfortunately she isn't here to celebrate it but that doesn't meant we are not still proud of her.

"Our pride continues and we are so pleased she got it into a print version because she wanted it so much for so long for other people to read the story as well."

Ms Corner said her sister came upon Mr Bradford's murder while investigating another story at the Linenhall Library in Belfast.

The library was the venue on Friday for the launch of Ms McKee's book.

Lyra McKee’s sister Nichola Corner speaks to @qnewsdesk at the launch of Lyra’s book ‘Angels With Blue Faces’, at the Linenhall Library in Belfast. The book follows an investigation into the murder of Ulster Unionist MP Robert Bradford in 1981: pic.twitter.com/58IiNRhggL

"She was researching about the Kincora scandal when she had come across news reports about Robert Bradford and she initially wondered who he was, and began looking into him a little bit more," she said.

"The story was really born here in this library, and then her curiosity became insatiable and she wanted to know absolutely everything about him, the circumstances of his murder, and that became the springboard for her delving deeper and deeper into the story.

"She felt she needed to tell their story in order to try and clear up some rumours that had surrounded the nature of the murder."

Ms McKee's book had been due to be published by Excalibur Press before her death.

Excalibur Press owner Tina Calder said publishing the book had been an emotional time for her team, but said it is "an immense honour to be able to bring Lyra's life's work into the public eye".

"Excalibur Press will be donating our commission to our not-for-profit entity The Merlin Project where we hope to run a series of events, workshops and potentially courses for young reporters wanting to learn some of the practical aspects of the industry," she said.

"Taking inspiration from Lyra and her talent, we hope to teach young journalists the art of research as well as interview techniques and more."