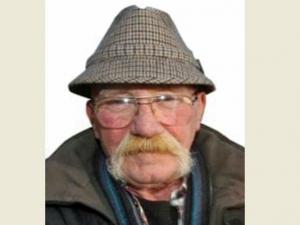 by M and M news services

A 33-year old man today (Tuesday) admitted being the driver of a stolen car that knocked down and killed a west Belfast pensioner outside a cemetery.

Seamus Conlon died after he was struck by a silver Vauxhall Vectra on the Whiterock Road last August. The 70-year old great-grandfather has just attended a funeral at the City Cemetery when the fatal collision occurred. 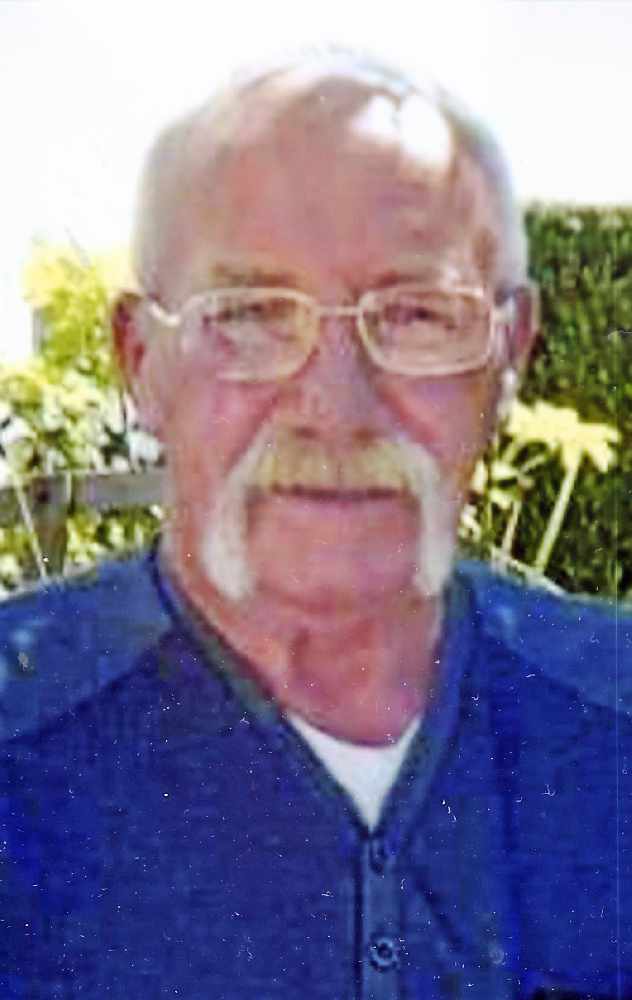 Michael Loughran - whose address was given as Maghaberry - appeared at Belfast Crown Court today where he admitted stealing the car and causing Mr Conlon's death by dangerous driving.

He appeared via a videolink with Maghaberry for a remote hearing, where he pleaded guilty to six offences dating back to August 3 last year.

The hearing was also attended remotely by members of the Conlon family, who heard Loughran's barrister apologise on behalf of his client "for the consequences of his actions and the death of their loved one."

Loughran spoke to confirm his name and date of birth, and was then addressed by the clerk of the court, who put eight charges to him.

Loughran denied a further two charges - driving with no insurance and possessing the Class A drug cocaine - but Judge Geoffrey Miller QC was told this may not require a trial and should not stand in the way of sentencing. 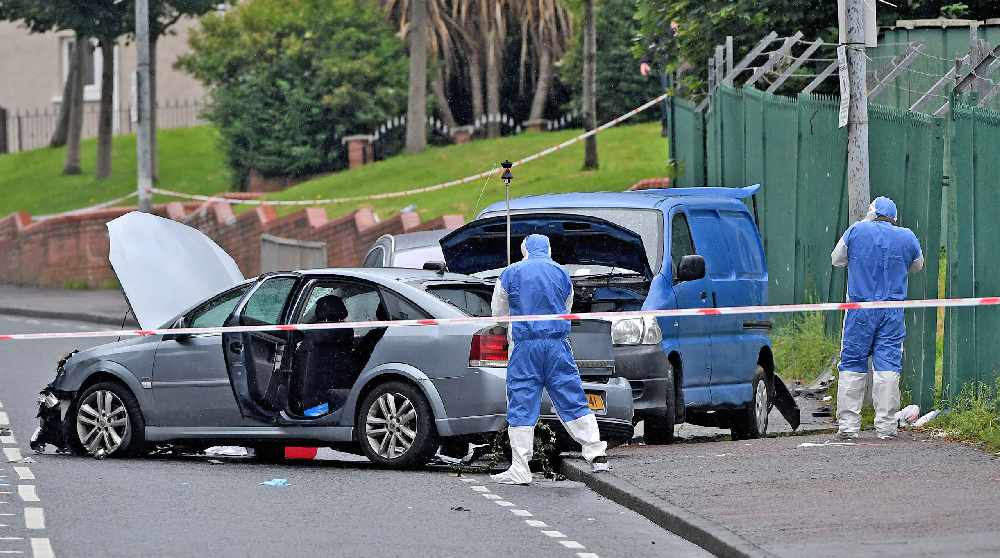 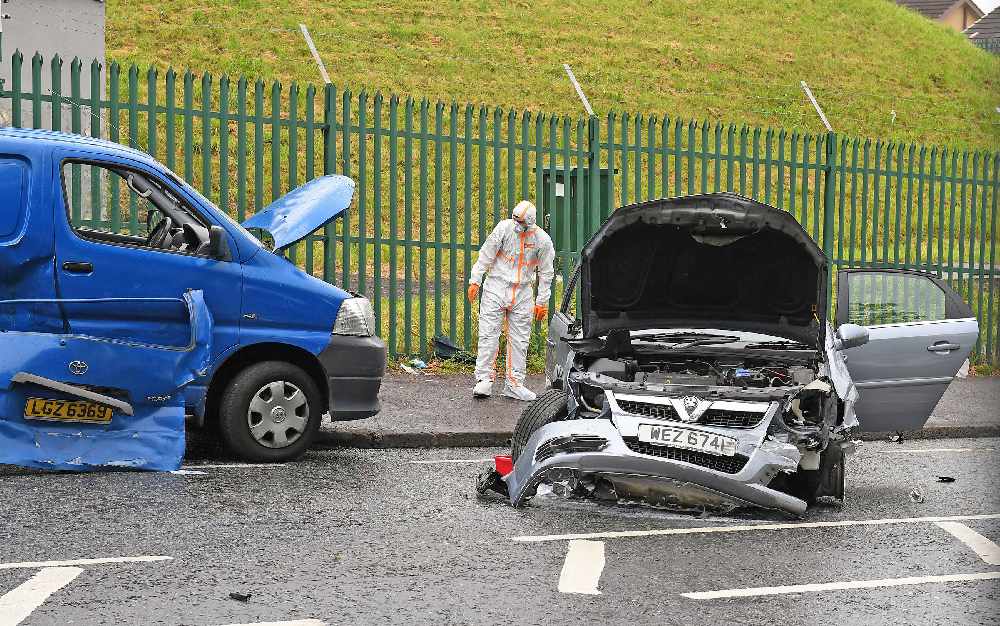 (The scene where Seamus Conlon was killed on the Whiterock Road, August 2019)

Crown barrister David Russell asked that the court view footage from the day of the incident. He said: "The fatal collision is not captured in any footage, but the earlier driving is, on two occasions."

The prosecutor added: "The court will get a better feel for the accused's condition and attitude.

"There is some body-worn footage from within the Landrover after he was arrested, which I think will inform the court."

Mr Russell said that while the Conlon family were conscious of the difficulties the courts are facing during the current Covid-19 situation, they have also requested that some relatives are allowed to physically attend court for Loughran's sentence.

He also confirmed that the Conlon family are preparing reports ahead of sentencing, outlining the impact Mr Conlon's death has had on them.

Defence barrister Gavan Duffy told Judge Miller he was also seeking reports on Loughran, including a medical report. Mr Duffy said that given the Conlon family's presence at the remote hearing, he had been asked by Loughran to "express his deep regret to the Conlon family for the consequences of his actions and the death of their loved one."

Mr Duffy continued: "I appreciate that what I'm saying probably will have little or no consolation to the Conlon family and I understand the very tangible anger and loss they must feel ... but I wanted to indicate on his (Loughran's) behalf his deep regret for what has happened and what he has done."

No date was fixed for sentence today - but Judge Miller expressed the hope that his would take place at the end of September or early October.

The case was listed for mention on August 21st, and Loughran was remanded back into custody. 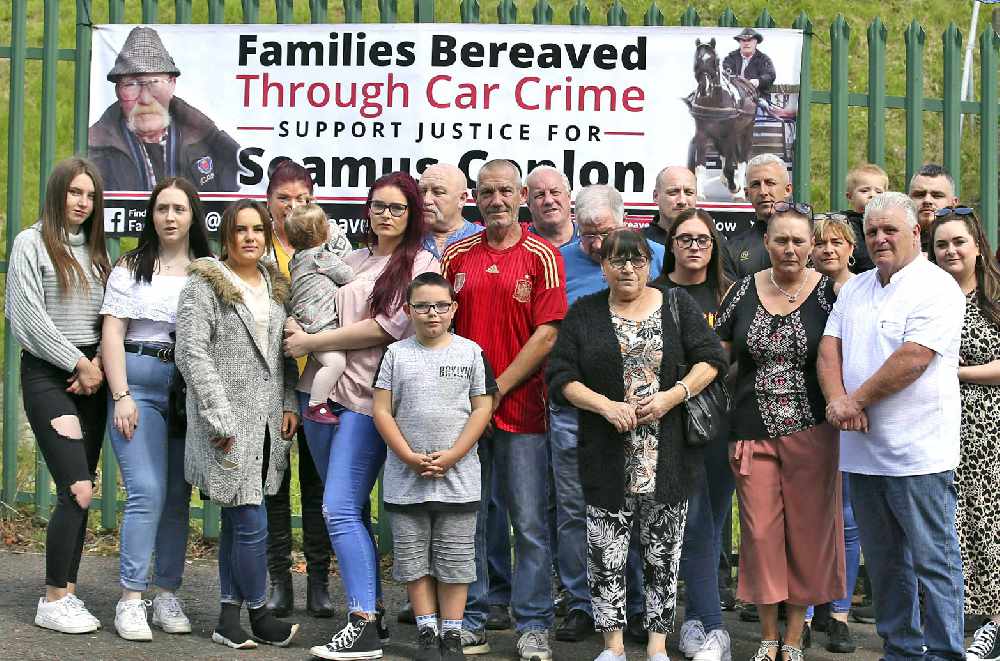 Meanwhile, the daughter of west Belfast pensioner Seamus Conlon has expressed relief at today's plea - but said the family have been left traumatised by his untimely death.

Speaking after Michael Loughran admitted causing her father's death by crashing into him in a stolen vehicle, Geraldine Conlon said: "Our lives will never be the same again, without him."

Due to the current Covid-19 pandemic, Geraldine and other members of her family were left with no choice but to attend today's remote  hearing at Belfast Crown Court via a videolink.

Geraldine said: "We're all angry at having to sit and listen to it at home. It's not the same as attending court. But we're relieved that he admitted it."

When asked about Loughran's apology, she said: "No. We're not accepting it."

"This has been going on for a year. He was caught at the scene. We thought it would have been done and dusted before now. We've not been able to grieve properly because this has been hanging over our heads.

"We got a bit of justice today, but it will never bring my Daddy back. The way he was taken from us was just horrendous.

"He went to the funeral on Saturday morning and we didn't get him home again until the Monday morning. We weren't even allowed to touch him in the coffin."

Geraldine revealed her father became a great-grandfather for the first time a month before he died. She also revealed she has a precious final photograph taken of her father as he attended the funeral, just before his death.

She said: "Him and my mum Kay were together from they were 15. Last year the two of them hit 70, and all she has now are photos of him.

"It was the first anniversary of his death last week. It's a terrible loss for all of us, but for her it's worse." 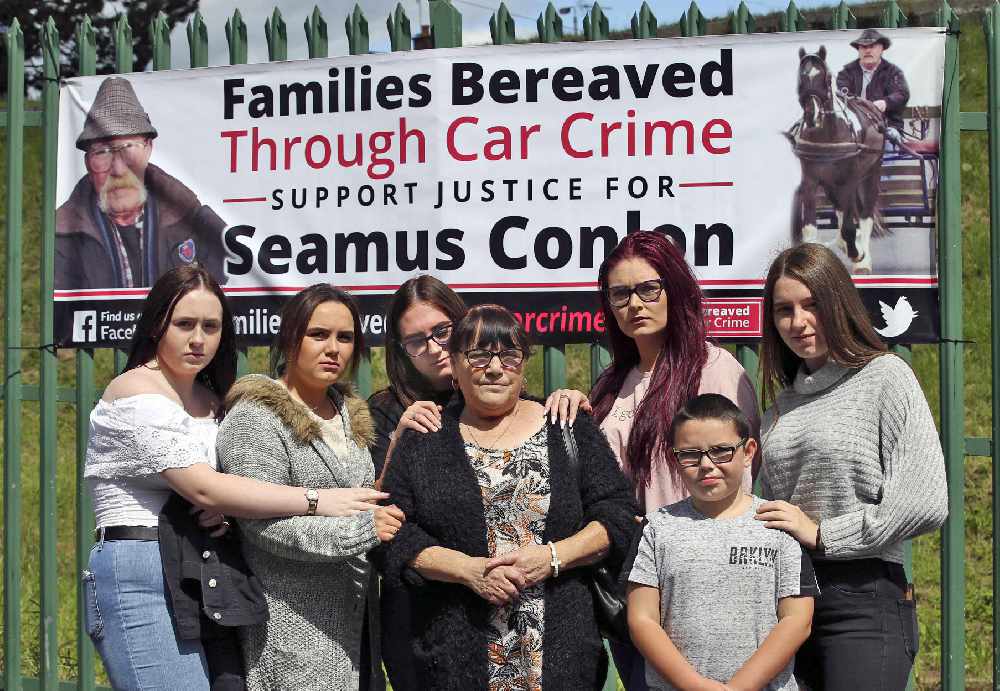 (Widow Kay Conlon with her grandchildren - All pics Alan Lewis)