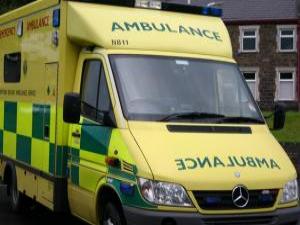 A man in his 30s is being treated in hospital after being attacked by a gang of youths who shouted "racist remarks" in Ballymena last night, police said.

The victim and another man were approached while leaving an address in the Dunvale area at around 11.30pm.

Police say a group of between six to eight teenagers heckled them with racist comments.

When the victim challenged them, it was reported some hopped over a fence before kicking, punching and pushing the victim to the ground, before leaving the scene.

The other man attempted to intervene but was not injured.

The incident is being treated as a hate crime.

“The victim is currently undergoing treatment at hospital for his injuries, including to his face.

“This was a nasty attack, which is being treated as a hate crime. As well as the physical injuries to the victim, both he and the other male have been left badly shaken.

“Hate crime has no place in society and should be rejected and reviled by everyone.

“If you were in the area at the time of the assault and saw what occurred, or if you can help our investigation in any way, please get in touch by calling 101, quoting reference 01 of 16/02/20.”