NI Protocol must be implemented in full and in good faith, says Coveney 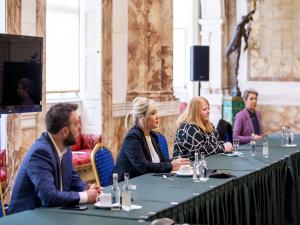 The Northern Ireland Protocol must be implemented in full to give the region’s businesses the certainty they crave, Simon Coveney has said.

Ireland’s minister for foreign affairs stressed the importance of operating the protocol in “good faith” as he met the leaders of Stormont’s four main pro-EU parties.

Today pro-remain party leaders from the North met the Irish Government in Dublin.

We must work as an island and with the EU27 to protect the all-Ireland economy, Good Friday Agreement and to ensure no return to a hard border.

The British Govt cannot be allowed to trample GFA. pic.twitter.com/axQBz4lGl8

The meeting came amid the UK Government’s controversial bid to override elements of the Northern Ireland Protocol through domestic legislation at Westminster.

The Internal Market Bill runs contrary to elements of the protocol around the application of EU state aid rules in Northern Ireland, and on the requirement for exit summary declarations for goods moving from the region to Great Britain.

Another aspect of the protocol, on the need to collect tariffs on goods entering Northern Ireland from Great Britain deemed “at risk” of onward transport to the Irish Republic, is set to be overridden in further domestic legislation tabled by the Government.

Afterwards, the minister said: “Since the beginning of the Brexit process, Ireland and the EU have been committed to finding a solution which works for the people of Northern Ireland and for the island as a whole.

“The protocol does this.

“There was strong agreement this morning on the vital importance of implementing the protocol in full and in good faith.

“They need certainty, and this needs to be delivered through full implementation of the protocol.” 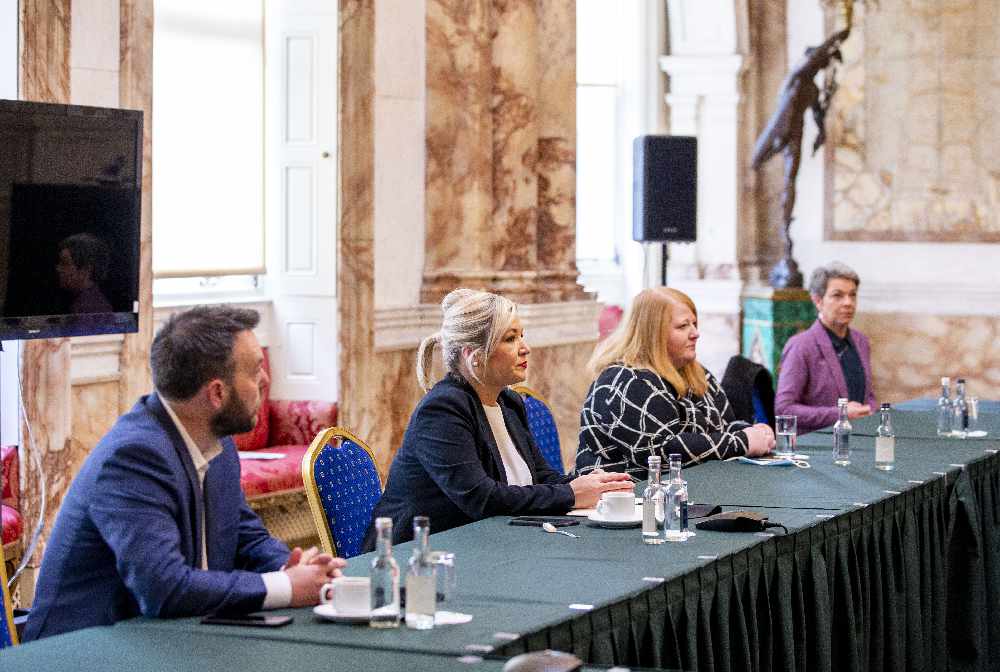 After the meeting, Ms O’Neill urged the Irish Government to challenge the UK on its behaviour.

“Who are recklessly and arrogantly purporting to say they are going to undermine an international treaty.

“That is not acceptable by anybody’s standards.”

Mr Eastwood, who described the discussions with Mr Coveney as positive, said the Internal Market Bill was an act of “extraordinary bad faith” by the UK Government.

“Even if you accept the suggestion that it is simply a negotiating tactic, it serves to fundamentally undermine trust between the parties,” he said.

“The British Government needs to wise up, commit to honouring its obligations under the Withdrawal Agreement and Ireland protocol, and then return to negotiations in good faith.

“The first step in that process is to withdraw this deeply damaging bill.”

Mrs Long, who is Stormont’s justice minister, accused the UK Government of “provocative and disruptive behaviour”.

She said the impasse went to the core of Northern Ireland’s ability to co-operate on justice and security issues.

“For that, the future security partnership must be agreed and that requires a trade deal to be done,” she said.

“There is much at stake – businesses need certainty, the Executive needs clarity and people’s security needs to be protected.”

Mrs Long added: “People need to focus on delivering a deal and should now leave the theatrics to one side.”