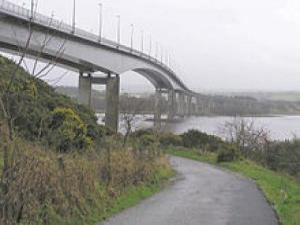 A police motorcyclist and a cyclist have been treated for minor injuries following a collision in Derry/Londonderry.

It happened on the Foyle Bridge at 11.35am this morning, as a cycle race was ongoing in the city.

The NIAS attended the scene alongside police, and both men were taken to hospital.

They have both since been discharged.

The Foyle Bridge was closed for a time as emergency services dealt with the incident but it has re-opened.

Inspector Spence said,  "I want to appeal to anyone who witnessed the collision, or captured it on their dash cam, to contact police on 101, quoting reference number 857 of 30/06/19."

As is normal procedure, PONI has been informed of the incident.