The Key The Secret

LISTEN: PSNI Chief apologises to journalists for 'distress and upset' of searches 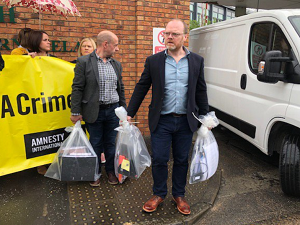 Northern Ireland's police chief has made an unreserved apology to two journalists arrested over material that appeared in a documentary on a Troubles massacre.

Simon Byrne wrote to Trevor Birney and Barry McCaffrey to apologise after the Court of Appeal quashed a search warrant used to raid their homes and offices in August 2018.

Mr McCaffrey and Mr Birney were arrested over the alleged theft of a police watchdog document that appeared in their film No Stone Unturned on a notorious loyalist massacre in Loughinisland during the Northern Ireland Troubles.

Six men were shot dead while watching football in a pub in the Co Down village in the summer of 1994.

The investigation into the documentary makers was later dropped.

As the probe had involved a Police Ombudsman document, the Police Service of Northern Ireland (PSNI) had asked Durham Constabulary to direct the raids in August 2018, to avoid a conflict of interest.

Mr Byrne, who sent separate letters to the men on Thursday, acknowledged that Durham Constabulary was acting on the PSNI's behalf.

In the letter to Mr Birney, he wrote: "I am writing to you on behalf of the Police Service of Northern Ireland to place on record my unreserved apology to you and your family for the distress and upset caused by the execution of search warrants at your home and business premises on 31 August 2018.

"Whilst the searches were planned and conducted at the direction of officers from Durham Constabulary, those officers were acting on behalf of the Police Service of Northern Ireland in an external capacity and I fully accept the ruling of the Lord Chief Justices that the search warrants were unlawful.

"I can assure you that the Police Service of Northern Ireland will be reviewing all of the findings of the judgment to ensure that all appropriate learning is taken.

"I have already notified your legal representatives that I am keen to resolve all outstanding matters through a process of mediation in order to bring this matter to a conclusion."

Last Friday, a panel of judges sitting in the Court of Appeal ruled the conduct of the hearing to obtain the search warrant fell "woefully short" of the standard required to ensure that the hearing was fair.

The Lord Chief Justice Sir Declan Morgan told the court that the journalists had at all times acted as investigative reporters adhering to their professional code.

"We see no overriding requirement in the public interest which could have justified an interference with the protection of journalistic sources in this case," he said. 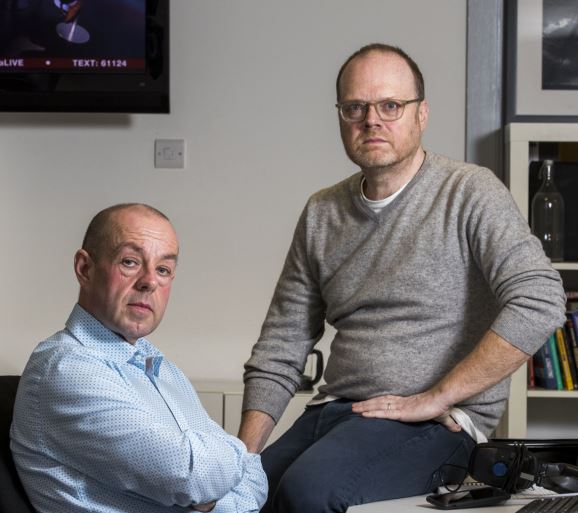 Mr Birney welcomed the apology and said it marked an "important step" but says it is only the beginning.

"Today's statement is very welcome and we believe it is sincere but it has got to be seen against the backdrop.

"The backdrop is that the PSNI have fought this action, this judicial review that we brought right back on the day we were arrested in August 2018.

"They have fought it tooth and nail, they have refused to even agree to any of the points we made in court and they fought all the way.

"We welcome the statement but the Chief Constable knows there is further action needed."

Mr Birney added, "There needs to be further action here, we need to see accountability, we need to see the issue; the vital issue of our data that's still sitting on the PSNI servers resolved.

"We need to see that done very quickly but this is an important step and we welcome it."

He said,  "What we really want to see is a proper full inquiry into those who carried out the Loughinisland Massacre in 1994, it is what the families deserved.

"It is what really should have been the reaction to the film No Stone Unturned."

"I welcome this unreserved apology from Mr Byrne on behalf of the PSNI.

"It's unfortunate that it has taken the PSNI 685 days to do the right thing and finally apologise since they raided our homes at 7am on August 31 2018.

"The chief constable says the PSNI will look at what lessons need to be learned. I sincerely hope it does. I think it's obvious that this was a lesson on how not to do policing in a democratic society. This was a deliberate and direct attack on press freedom.

"On the morning of our arrest, the police publicly accused us of having put people's lives at risk. This was an outrageous slur on our personal and professional reputations. The Lord Chief Justice Sir Declan Morgan made it clear in his judgment that this was completely untrue and without foundation.

"We have had to live for the last two years with that highly damaging slur hanging over our heads. Who in the PSNI is going to be held to account?

"The court found that there was indeed unlawful and illegal actions in this case, but it wasn't by Trevor Birney or myself. It was by the PSNI and Durham Constabulary."

Mr McCaffrey said senior police officers involved in the operation would not be held to account. 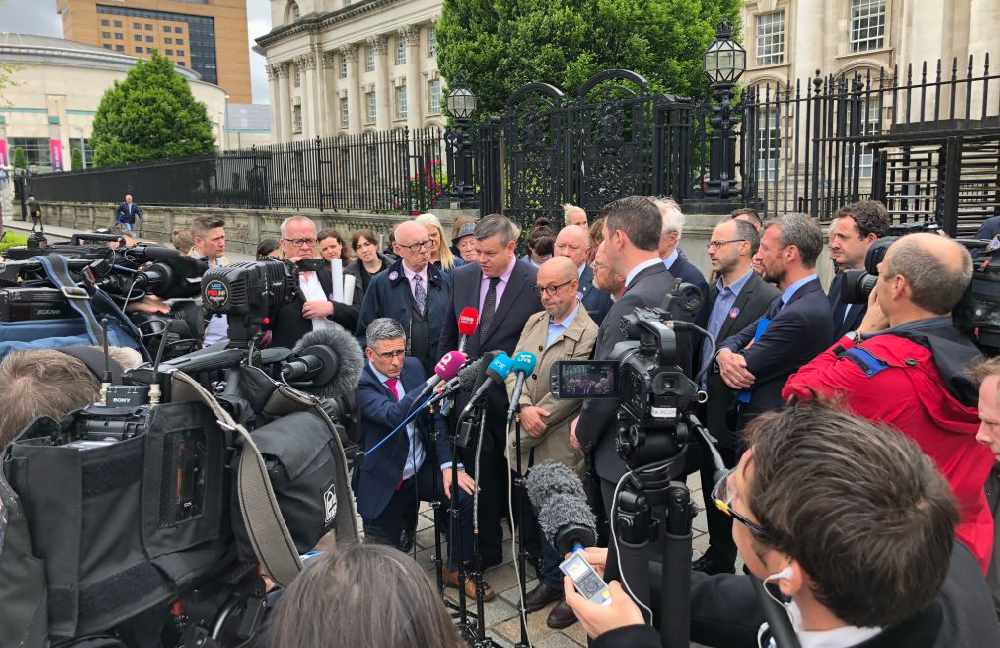 "Who is going to be held to account for the hundreds of thousands of pounds that was wasted in this case? Where is the accountability?" he asked.

"He is however conscious that actions speak louder than words and look forward to the words being met with decisive reparative action in the upcoming mediation between the parties, a matter which the Chief Constable personally referenced in the apology.

"There remains serious issues to be addressed in relation to the PSNI's illegal retention of massive swathes of Mr Birney's data, his unlawful arrest, wrongful detention and the impact it has had on his business.

"He is determined that the PSNI and Durham officers who instigated and overseen his unlawful arrest and detention are held to account.

"In meantime, he looks forward positively to the mediation to hopefully conclude this sorry episode in the days ahead."

Mr McCaffrey added: "Unfortunately, even though the court found that the PSNI unlawfully obtained our personal data, they still refuse to delete the confidential material belonging to us which they still retain.

"They say they want to hold on to this material, even though it was obtained illegally, for 10 years. Why is that?

"This isn't North Korea, this is supposed to be the north of Ireland 2020.

"What rights and protections does an individual have if the PSNI is allowed to retain unlawfully obtained material for a decade?

"While I welcome the chief constable's apology, I feel this sorry chapter in bad policing cannot be properly resolved until this issue of data protection is dealt with fully.

"The police had a job to do, to catch the Loughinisland killers, today I hope they now finally get around to doing this."