What are the COVID19 rules in England, Scotland, Wales and Northern Ireland? 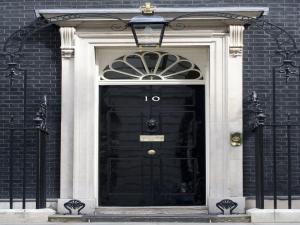 Rules about what you can and cannot do during the Covid-19 pandemic vary between the different parts of the UK.

This is because policy areas like public health and education are devolved matters for the governments in Scotland, Wales and Northern Ireland, so they can decide rules for themselves.

With different sets of guidelines coming from Westminster, Holyrood, Cardiff and Stormont, this can lead to a somewhat confusing picture.

PM @BorisJohnson has announced today that some of the proposed changes to the rules in August will be postponed for at least a fortnight.

This is to keep the virus under control. Read his full statement here: https://t.co/6JMjgCppF8 pic.twitter.com/TU2YrWtlTg

Here is a summary of some of the different rules in place as of July 31.

UK-wide - Advised where social distancing is not possible.

England - Compulsory on public transport from June 15 and in shops and supermarkets from July 24. From August 8 they will also be required in places you come into "contact with people you do not normally meet, such as museums, galleries, cinemas and places of worship", the Prime Minister said on Friday.

Scotland - Compulsory on public transport from June 22 and compulsory in shops from July 10.

England - Two metres where possible, including workplaces. If not possible then one metre with "mitigations" such as face masks and more frequent hand washing.

Northern Ireland - One metre (from June 29).

England - Working from home advised. However, on Friday, the Prime Minister said: "If employers think, and employees think, that actually to get in, to be productive, you need to be at your place of work then that's a very, very important consideration."

Scotland - Currently the advice is that if you can work from home, you should.

Wales - Where not possible to work from home, employers must ensure two metre distances are maintained at work.

UK-wide - Except where there are restrictions in place (ie. for the vulnerable or children) Social distancing should be maintained at all times when meeting people outside your household.

Scotland - Since July 10, limited indoor gatherings have been permitted. A maximum of eight people, from up to three different households, can meet indoors.

Northern Ireland - Since July 24, up to 10 people, from four households can meet indoors in private homes. Up to 30 people can meet up outdoors.

Wales - Non-essential shops since June 22. Pubs outdoors from July 13 and indoors from August 3.

Northern Ireland - Non-essential shops since June 8. Pubs from July 3, alcohol to be sold with food indoors.

England - Outdoor sports from May 10 in small groups. Indoor gyms, pools and leisure centres from July 25. Planned re-opening of bowling alleys, ice rinks, indoor live performances and piloting of sports audiences on August 1 postponed for at least a fortnight.

England - Primary and secondary schools to reopen with full attendance in September.

Scotland - To open from August 11, at the start of the new school year.

Wales - All year groups, a third of pupils at time, from June 29. Schools will fully reopen from September 1.

UK-wide - From June 8, 14-day quarantine for travellers from outside a list of exempt countries. England and Wales share a list, while Scotland and Northern Ireland decide for themselves.

England - From July 4, people may only stay overnight in groups of up to two households in holiday accommodation.

Northern Ireland - Campsites and caravans from June 26. Hotels from July 25.