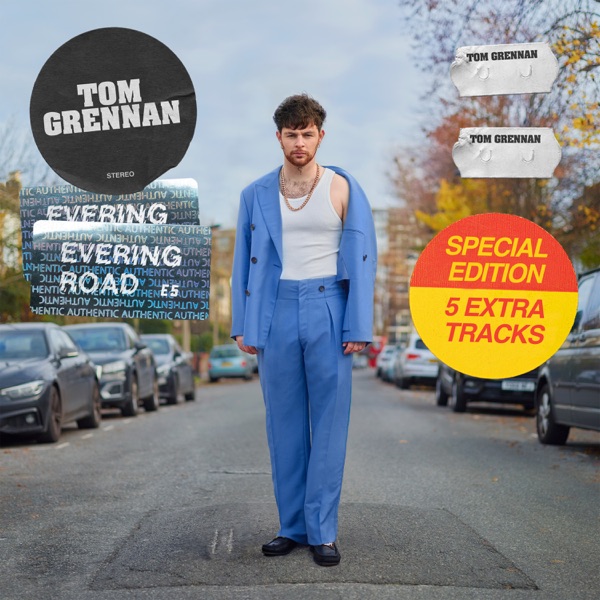 Linfield crash out at Windsor against nine men, but get a second chance in Europe 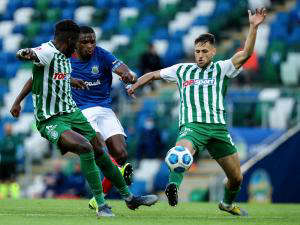 Linfield have made an early exit from the Champions League.

They went down 2-1 at Windsor Park on Tuesday night against Lithuanian side Zalgiris - who had two players sent off.

So Linfield lose 5-2 on aggregate after a 3-1 defeat in Vilnius last week.

Despite a bright start David Healy's side fell behind on 17 minutes when a header fell for Saulius Mikoliūnas which he duly half volleyed past Chris Johns from the edge of the area into the bottom corner.

To their credit Linfield created a number of half chances as the game progressed but, a minute from the break, they fell further behind courtesy of a stunning 20-yard piledriver into the top corner from Ogenyi Onazi to put the outcome of the tie beyond any doubt.

Linfield pulled one back just after the hour to keep the game alive on the night at least. A Niall Quinn free-kick reached Jimmy Callacher at the far post and his looping header was kept out by Senegalese defender El Hadji Diaw, who was subsequently also sent-off, while Chris Shields stepped out to fire the spot-kick into the bottom corner.

Needing three goals to stay in contention, Linfield almost bagged a second soon after only for Quinn's volley to be well tipped over, while Jordan Stewart later fired into the side netting.

The visitors were reduced to nine men right at the end when substitute Karolis Uzėla, only on the pitch a matter of minutes, was dismissed for a challenge on Trai Hume. 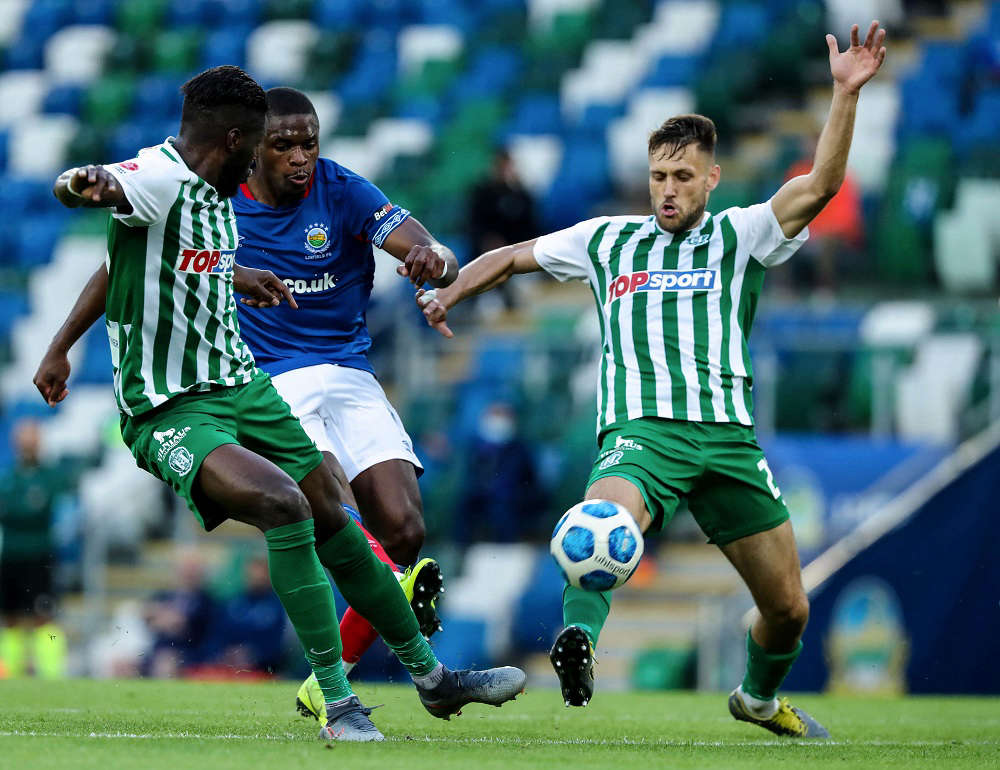 Christy Manzinga gets a shot on goal