Thats What I Want (Pi) 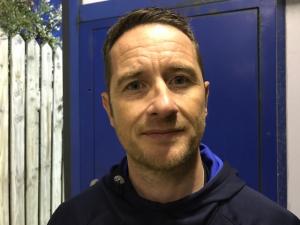 Glenavon have moved level on points with Premiership leaders Coleraine and Linfield following a controversial 2-1 victory at Newry City.

Gary Muir scored from the spot before Stephen Donnelly made it 2-0 to the Lurgan Blues and Stephen Teggart pulled one back.

But Newry boss Darren Mullen was furious about the penalty, claiming it was awarded after little or no contact....

.@goQradio heard @Glenavon_FC boss Gary Hamilton to @NewryCityAFC coach Mickey Keenan on the way off the pitch: “Unlucky mate, you didn’t deserve that.” Legendary keeper agrees - “Gary’s a very honest summariser of a game!” More from MK @ncr72 & @kris_lindsay on air am pic.twitter.com/f7bh2qX0Xi

Also on Friday night, Dean Shiels scored for Derry City as they lost 2-1 at home to Waterford in the League of Ireland.

There are five more Danske Bank Premiership fixtures on Saturday afternoon, including Crusaders against Linfield.

Glentoran face Coleraine at the Oval, Cliftonville go to Dungannon, Ards have Ballymena in Bangor and Institute welcome Warrenpoint to the Brandywell.