Why Can't This Be Love 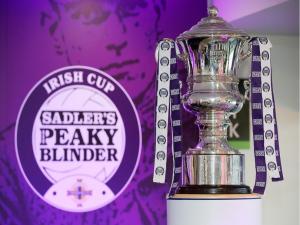 The Irish FA has confirmed plans are being finalised to allow 500 fans to attend the Irish Cup final at Windsor Park next Friday.

The semi-finals are being played at the National Stadium behind closed doors on Monday.

Ballymena face Coleraine at 4pm with an 8pm kick-off for Cliftonville against Glentoran.

Meanwhile, the IFA has produced a document in response to Stormont allowing spectators at sporting events - with guidance for clubs at all levels.

It includes a recommendation to wear face coverings. In full: