Jennifer Lopez has hit the studio and teased some "sexy summer fun" is coming soon. 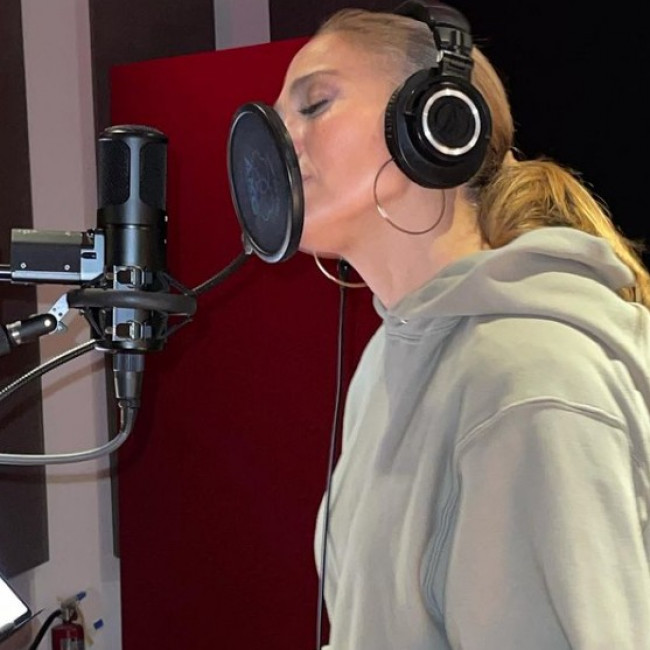 Jennifer Lopez is back in the studio.

The 51-year-old singer-and-actress appeared to tease that new music is on the way over the weekend.

She captioned a snap of herself in the recording booth: "Sexy summer fun coming."

Meanwhile, the 'Shotgun Wedding' star's return to the studio comes amid her reunion with Ben Affleck.

Jennifer recently spent time in Montana with the ‘Argo’ star – whom she previously dated 17 years ago – and although they’ve gone back to their own homes now, they’re still in constant contact.

A source recently said: "[Jennifer] is in touch with Ben every day. They are making plans to see each other. Jennifer is still very excited about how things are going with Ben."

Meanwhile, another source claimed the ‘Hustlers’ star is in a “different place” since the last time she was romantically involved with 48-year-old Ben.

They said: "It doesn't seem possible that [Jennifer] would ever get back with Alex, but I can't say that about Ben. Time has passed, and they are each in a different place with children.”

Jennifer – who has 13-year-old twins Max and Emme with ex-husband Marc Anthony – reportedly wants to spend “as much time as possible” with Ben, but sources insist they aren’t rushing into anything just yet.

The source added: “She wants to spend as much time with Ben as possible to see where this could go. They are certainly not making any plans about the future."

And although things between them might not last, friends of Jennifer and Ben – who is father to Violet, 15, Seraphina, 12, and Samuel, nine, whom he has with his ex-wife Jennifer Garner – think their current arrangement is “good for both of them”.

They explained: "Whether they end up together or not it's good for both of them now. And not that surprising."

A separate source previously said Jennifer is “happy” with Ben.

They said: "She had a great time with Ben. She is happy with him and enjoys spending time with him."

The 'On The Floor' hitmaker had recently confirmed she and fiancé Alex Rodriguez split, and the retired baseball player is reportedly not pleased to see Jennifer and Ben spending so much time together.