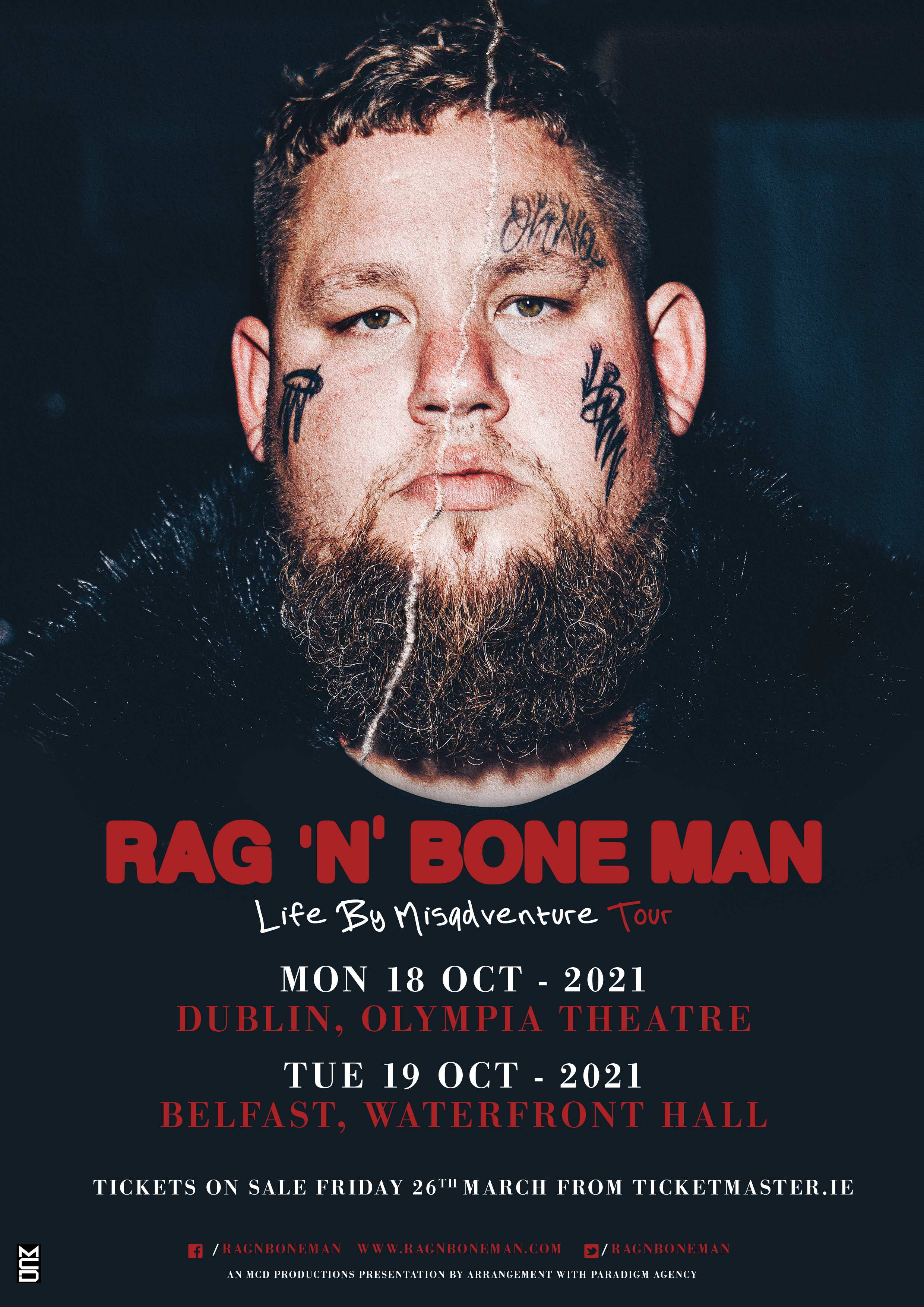 RAG’N’BONE MAN has announced dates at:

The tour announcement comes ahead of release of the multi-platinum singer’s highly anticipated sophomore album, Life by Misadventure. Firmly established as one of Britain’s most successful artists of the past decade, Rag’n’Bone Man is now poised to assert himself as one of its authentic and original talents. Fans can expect an unmissable show from Rag’n’Bone Man, with the multi-Brit Award winner performing “Human”, “Skin”, “Giant”, “Run” and the critically acclaimed “All You Ever Wanted” to name a few.

Tickets for Rag’n’Bone Man’s Life by Misadventure Tour will go on sale 9am Friday 26 March via www.ticketmaster.ie and www.waterfront.co.uk