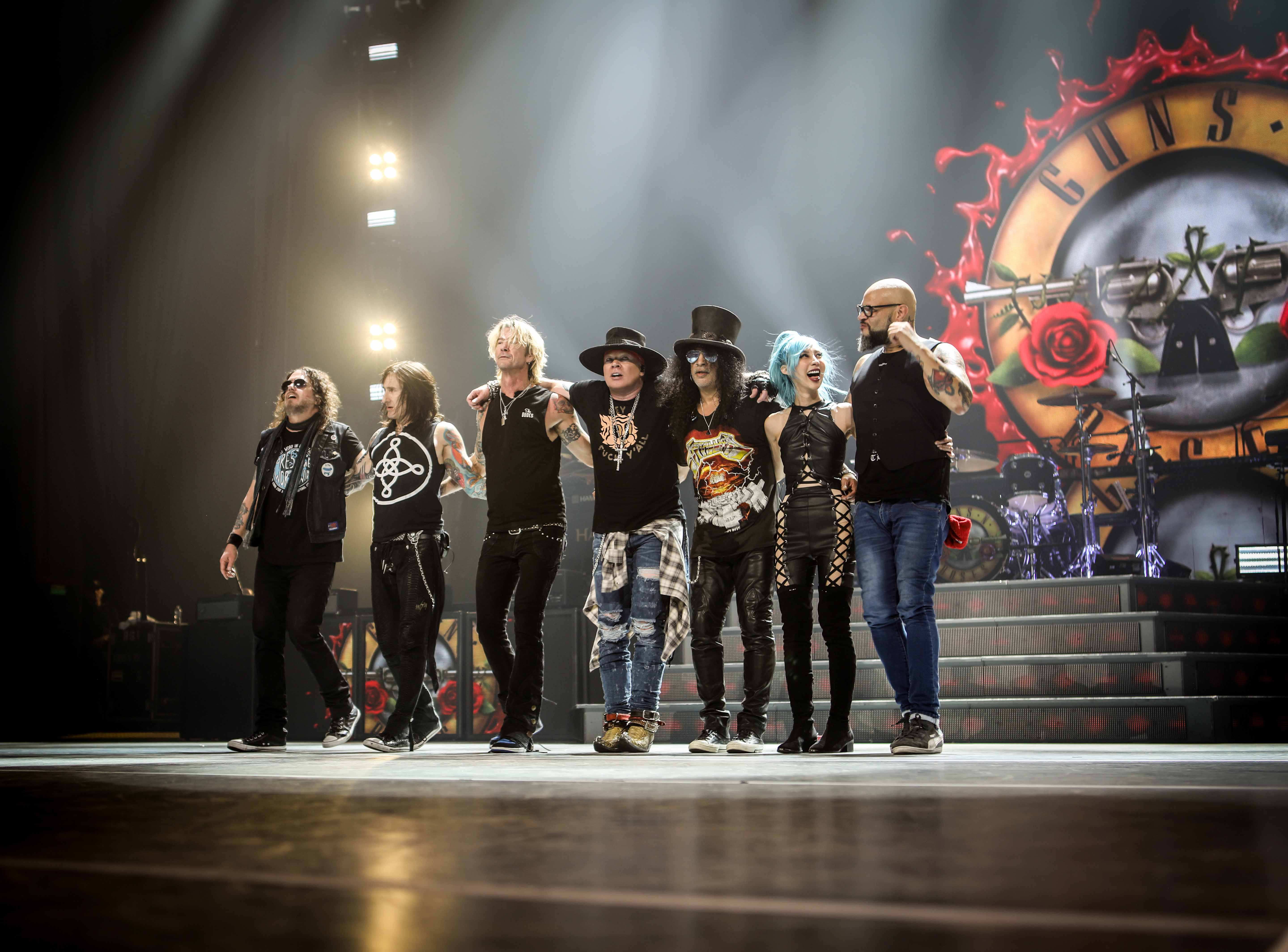 Guns N’ Roses, the band that shook Slane Castle and the world with their historic return in 2017, have announced dates for 2020 - the next step in their phenomenal career.

The rock heroes are set to return to Ireland next summer.

Making stops in Spain, Germany, UK, Sweden, Austria, Italy, and Holland, the epic run of dates will then bring the band to Dublin’s Marlay Park on Saturday 27 June 2020.

Tickets from €99.50 including booking fees are on sale NOW!

Returning to Europe for the third time since their Not In This Lifetime tour kicked off in 2016, Guns N’ Roses have performed their endless run of hits with 160 shows for over 5.5 million fans in stadiums, arenas, and as part of festivals worldwide. The European dates in 2017 and 2018 alone brought the mind-blowing stage show to over 1.6 million fans. Produced and promoted by Live Nation, the Not In This Lifetime tour became the third highest-grossing tour of all time.