Anne-Marie and Little Mix team up on girl power anthem

Anne-Marie and Little Mix have recorded a collaboration which is set for release next month. 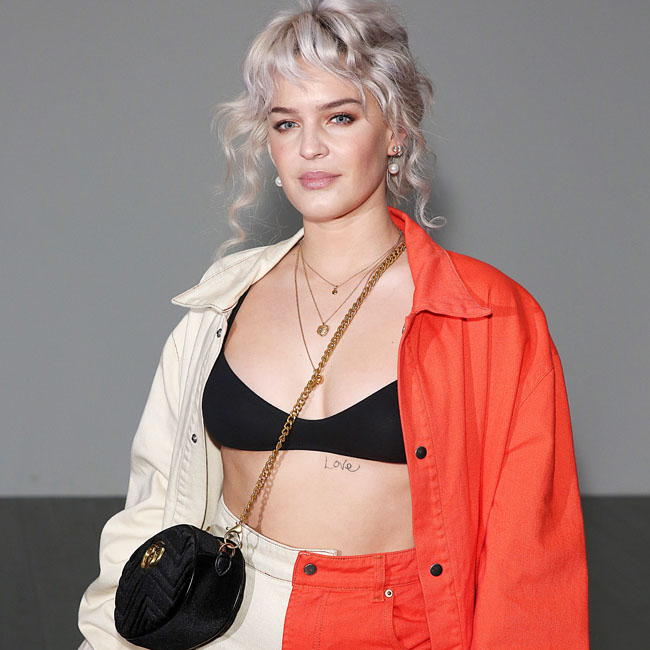 Anne-Marie is set to be an honorary member of Little Mix on an upcoming collaboration.

The 'Don't Play' hitmaker has joined forces with Perrie Edwards, Jade Thirlwall and Leigh-Anne Pinnock on a new song on her upcoming album, 'Therapy'.

An insider told The Sun newspaper's Bizarre column: "Anne-Marie and Little Mix have been pals for years and this collaboration has been a long time coming.

“They have spoken about doing something together for ages but the timing was never quite right and they never settled on a song. But they all seem to be really excited about this one because they said it was the perfect fit for them.

“They are keeping shtum about what sort of song it is, but having two of the biggest British female acts teaming up is a great thing for girl power.”

Fans can expect the girl power anthem in July, the same month Anne-Marie's second studio album drops on the 23rd.

Sunshine makes me smile. Having an emotional day today, not for any particular reason. I just cried watching school of rock whilst eating a crumpet. When I see someone happy I cry. Coz I’m so happy for them being happy. Confusing. Anyway, I’m gonna eat a couple more crumpets now. pic.twitter.com/woTKmhl3b3

Meanwhile, the 'Our Song' singer previously admitted she wishes she was in a band like the 'Sweet Melody' singers - whose fourth member, Jesy Nelson, quit last year - as she doesn't have a group of bandmates around her, but she found it interesting to hear how they still struggle.

She said: "I think the conversation I was having with them was purely from a point of jealousy on my behalf that they get to have each other and I'm on my own.

"But it was intriguing to see that they still struggle and that's what I think was quite important to see but also I think I'm a very stubborn person and that's hard for me as I'm against things, so it has been tough. I find it hard to trust people, also putting my faith in people who aren't me in my journey are hard, because how are people to know what my life is going to be."

Anne-Marie also admitted that when she first became a soloist, it wasn't all that she thought it would be.

She added: "I’m a bit jealous of you lot actually because you have each other. Like when I was in Rudimental, I had all of them like there. There was like 10 people all the time. All around you. I was so excited about being a soloist and then when I did it I was like this is not what I thought."