Demi Lovato and Marshmello marked World Suicide Prevention Day with the release of their new single, 'OK Not To Be OK'. 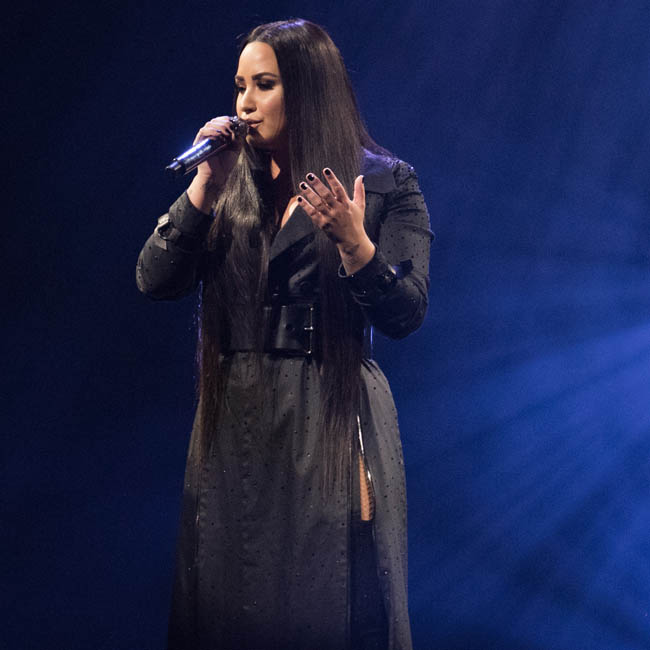 Demi Lovato and Marshmello marked World Suicide Prevention Day with the release of their new single.

The pair have teamed up with non-profit organisation Hope For the Day - which raises awareness and conversation around suicide prevention and mental health education - to break down stigma and have brought out the song 'OK Not To Be OK' in order to spread the message.

Hope for the Day founder and CEO Jonny Boucher said in a statement: "We are excited to be teaming up with Demi Lovato and Marshmello on this project to break the stigma around mental health on world suicide prevention day.

"Hope for the Day's work in suicide prevention and mental health education thrives when we collaborate with others and what better than two of the largest artists in the world to work with on a track that reminds everyone it's OK not to be OK."

#OKNotToBeOK is out now with the incredible @marshmellomusic!! Take a moment today to check in with yourself and your loved ones 💖https://t.co/Kik2hwJqrM pic.twitter.com/lVJQO3PB0S

An accompanying video for the single - which was written by Gregory 'Aldae' Hein, James Gutch and James Nicholas Bailey - sees Demi and Marshmello suddenly waking in their childhood bedrooms, prompting them to explore their pasts and meet themselves as kids.

All four then let off some steam by destroying their rooms and eventually find peace in the great outdoors.

Demi has revealed she and the masked DJ started working on the song a year ago and she hopes it provides "hope" for people.

She told Apple Music: "He did a really great job of matching the production to the lyrics. Because in the verses, it gets kind of quiet or more vulnerable.

"And then on the choruses, it's more driven and it's more upbeat and energetic and it's like, it kind of provides you that escape that you need right now, that dance break that you're like, 'You know what? I'm not doing okay, but I'm just going to forget it for this second, and we just dance and we dance.

"And it was really exciting to be able to create something with context. I feel like it's going to provide hope for people. And also, just really, it's really spot-on for a lot of people right now."