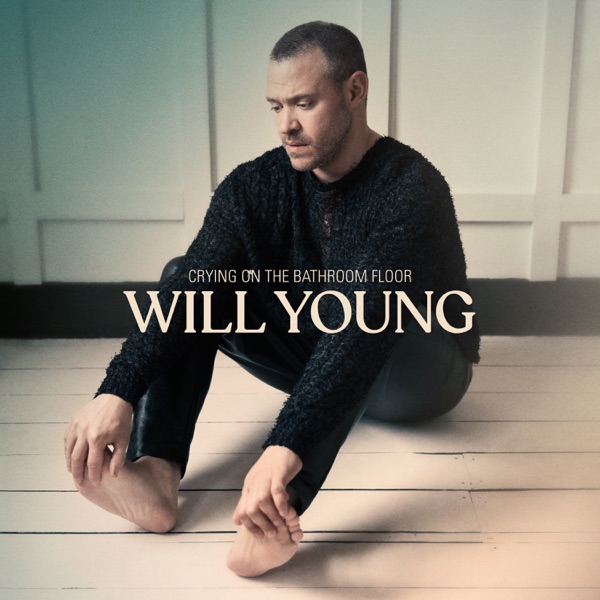 Fatboy Slim is coming to Belfast! 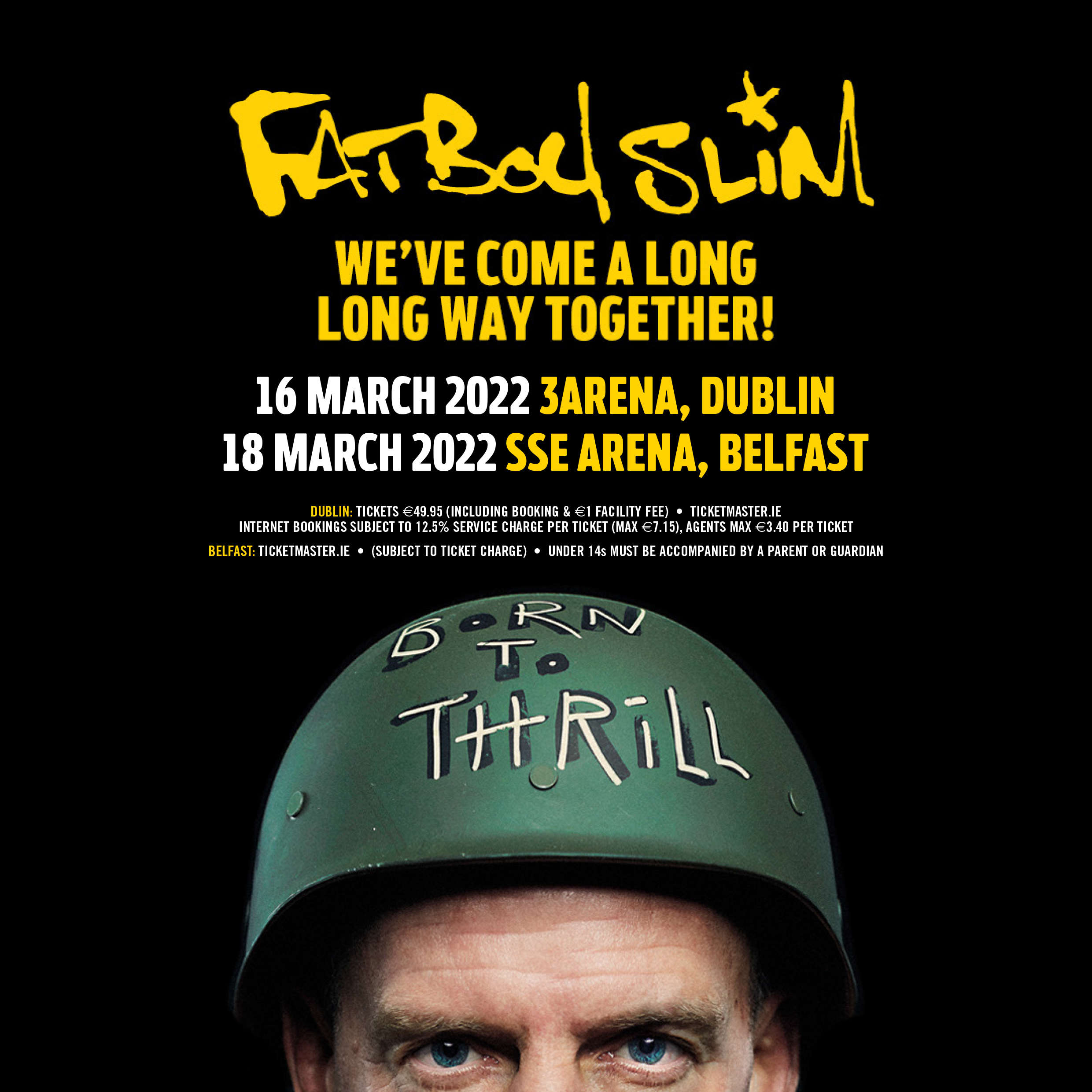 We’ve come a long long way together! One of dance music’s most iconic figures has announced a headline show at the SSE Arena, Belfast on 18th March 2022. Norman Cook AKA Fatboy Slim is renowned as one of the most influential DJ/producers of all time. His litany of ’90s and ’00s hits opened the door for electronic music as a mainstream phenomenon and we are delighted to have him return to Belfast.

The first time he felt it – how music can lift us upwards, pull us together – came during the long car journeys his family would take when he was a child. To entertain themselves along the way, they would all sing together, taking harmonies, as the world slid by outside. The boy in the back took notice: “The tetchy long-journey arguments had stopped, and we were all as one as a family in this car, all just letting ourselves go. Sharing music.  Singing like idiots, but at the same time making a beautiful noise, because my parents could sing. And, sitting in the car, it just became bigger than the five of us.”

To corral that feeling, to shepherd such moments…in a sense, that is what Norman Cook has made the business of his life, for longer than he can quite countenance. He started DJ-ing over forty years ago. Although everything has changed a thousand times over since then, in the most important ways nothing has. “That’s what drives me, keeps my thirst for it – the power of the collective unity and community that a shared musical experience can have” .

When he prepares to DJ, there are visible signs that a transformation is taking place. Most notably, he puts on a Hawaiian shirt, removes his footwear, and then his tour manager slaps him on both cheeks. Slaps him hard.

All of these are part of the same process. “It’s telling myself, and everybody, that I’m not Norman anymore, I’m Fatboy. The Hawaiian shirt and the bare feet is a good way of demarcating which one I am. If I’m slightly confused, I look down to my shirt and say, ‘No, you’re not Norman’. It may be a superstition, but it’s a reminder to myself: when I’ve got my shirt on, I have to give it my all as a performer and a showman and, you know, as a professional idiot. And when I haven’t got the shirt on, I have to concentrate on being a functional father and a human being”.

There are places where a DJ is never welcome, though perhaps not so many.  Over time, he has found himself doing what he does in, for example, a club, a tent, a field, a stadium, a carnival, an arena,  a golf tournament, [a boat, a brothel, a beach, a film set,  a desert, a dungeon – [N – I’m making some of these up, but I’m assuming you can add quite a few even better real examples], a pop-up at world theme park , and – especially when going out is no longer an option - at home.  Even now, he likes the whirl of the small and the large, the announced and the unannounced. “That’s where my jollies as a DJ really come in, to go from one to the other.  Playing smaller gigs, I feel like I’m going back to what I did as a hobby before it became my job. Also, creatively it’s really important to be able to play tunes that you’re not sure how they’re going to work in front of a crowd, and try things. Apart from my own personal pleasure, it’s a very good breeding ground for new music and new ideas. Some of the best gags in the big show – I never would have sat at home, planning the show, and gone ‘I know! I think I can get the whole crowd to sit down!’ ”

On the subject of the smiley:

It started early. The first twelve-inch single Norman Cook bought was “Psycho Killer” by Talking Heads ; on its sleeve a headless man was wearing a smiley t-shirt. The concatenation really gathered speed in aftermath of acid house when he bought a discounted pack of now-unfashionable smiley patches and, as one thing led to another, ended up with a tattoo on his right arm and a remarkable collection of smiley memorabilia and paraphernalia.

“When I look at it, I just see an unconditional, stoopid grin. Slightly goofy, but disarming. And positive. The most universal symbol, beyond language barriers. I like the fact that it’s quite stoopid. With two ‘o’s. I’m always proud of the smiley. No matter how goofy it is, or how out of fashion, I know it will come back round. Me, smileys and Hawaiian shirts – if you hang around long enough, we’ll come back into fashion.”

So, this is what he does:  “I’m always talking about the power of collective euphoria. My specialist subject probably is to use music for escapism . For people to escape their personal troubles, or just their everyday lives, and for a couple of hours on a Friday or Saturday night escape into this world of glamour and flashing lights, sex and escapism, hedonism and collective euphoria.”

One might say that it’s a matter of having taste and judgment – not necessarily the kind of good taste and judgement that makes the world rotate more smoothly by constraining it a little, but the kind that won’t let itself get in the way of making the next judder of that rotation a little more exciting, and maybe a little more joyous, than the last. And there is, of course, another part to it: “I have got an innate show-off gene, or showman gene . I suppose that’s another talent.

Altogether, it is all what he did, what he does, and what he will continue to do: “I suppose the pinnacle of it is to share music that I’ve spent all week on my laptop programming, getting things , thinking ‘oh, this could be good…’. Then sharing that with everyone, watching them all lose themselves in the moment. Watching that, and being in control of that – that’s the biggest kick. And I think that’s why, at an age where I really shouldn’t be trolling around the world playing records to other people, I still am, and I’m still enjoying it more than ever.”

TICKETS ON SALE FRIDAY 24 SEPTEMBER AT 9AM FROM TICKETMASTER.IE