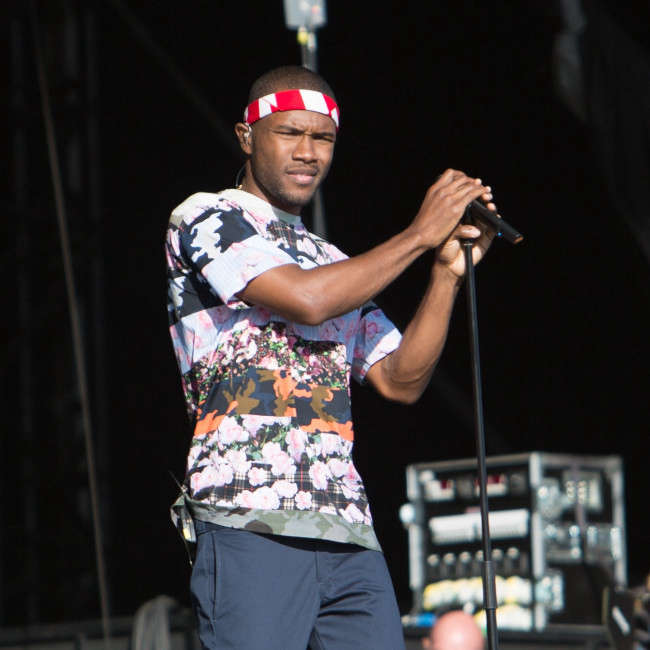 The 2023 edition of Coachella will see Frank Ocean headline, the festival's co-founder has confirmed.

The 33-year-old singer - who hasn't played live since 2017 - was due to perform at the 2020 edition of the festival along with Rage Against the Machine and Travis Scott, but unfortunately, the event was delayed due to the COVID-19 pandemic.

And while the world-famous music extravaganza will return in April 2022, Frank won't play until 2023.

“I’m just trying to be as fair as I can to artists and to the fans to make sure that eventually, they get to see everyone that we talked about.”

The 2022 event will, however, see Rage Against the Machine and Travis perform, plus Megan Thee Stallion and Doja Cat.

Coachella had an overwhelming request for refunds when the 2020 event was cancelled due to COVID-19.

Paul said: “I joked that we did too good of a job on refunds.

“I understand you want your refund. You’ve got your hotel, your airfare, all your stuff. Tickets are the smallest of it all, actually.”

The Coachella Valley Music and Arts Festival will welcome back festival-goers in the desert at the Empire Polo Club in Indio across the weekends of April 15 to April 17 and April 22 and 23, 2022.