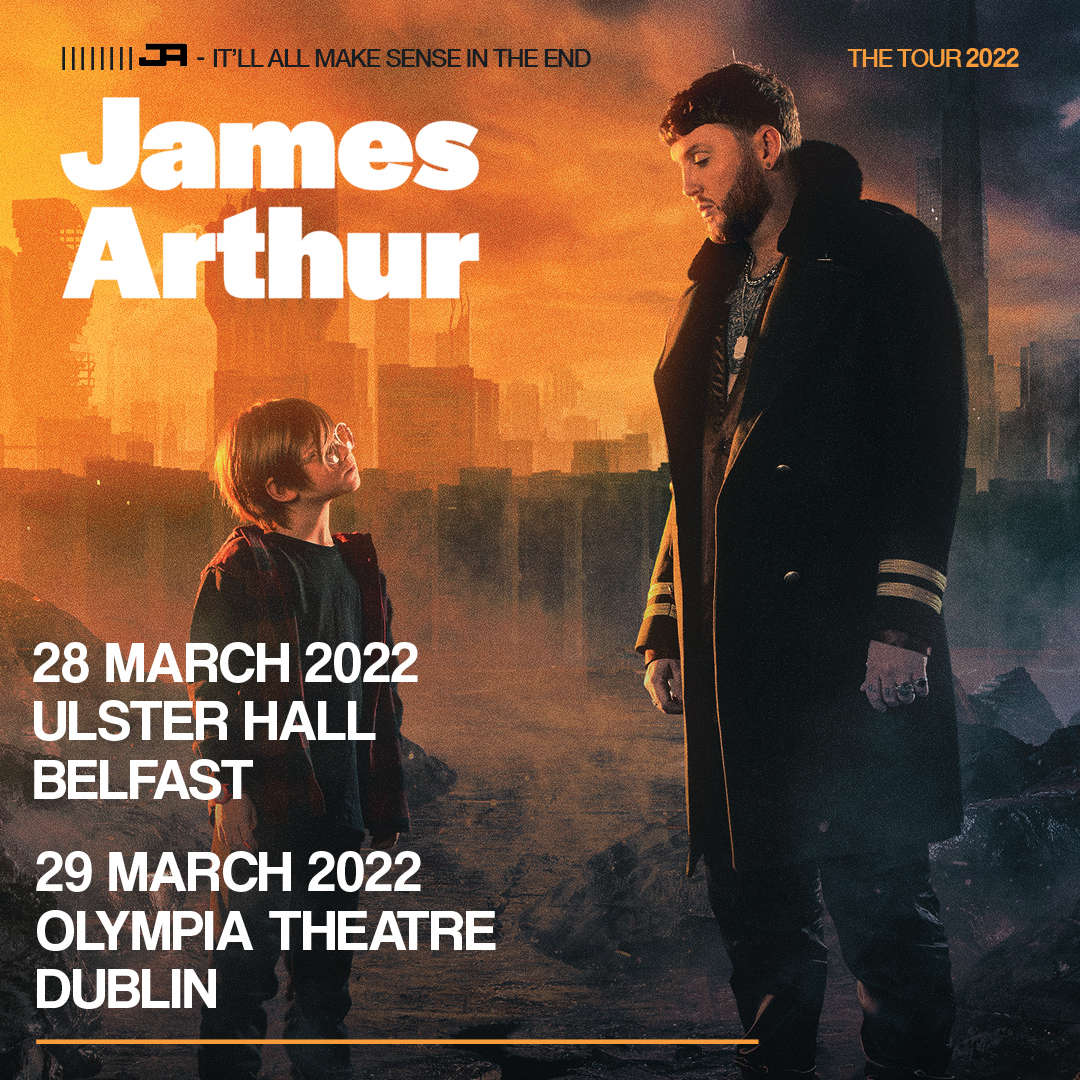 Tickets go on sale Friday 17th September at 10am from www.ticketmaster.ie & Ulsterhall.co.uk

James Arthur today delights fans by announcing tours of both UK & Ireland and North America in 2022.

The tour includes dates at Ulster Hall on 28th March and Olympia Theatre on 29th March.

Today’s announcement lands on a special day -  the fifth anniversary of the release of James’s global smash hit ‘Say You Won’t Let Go’.

James  will be performing songs from his upcoming new album ‘It’ll All Make Sense In The End’ alongside his classic hit singles and fan favourites.

James says: “I’m beyond happy about getting back on the road and seeing everyone again. Playing shows for my fans gives me life and that’s been taken away for the best part of two years so needless to say I’m itching to get back out there and perform for them again. Coming to a stage near you soon!”

James has sold over 30 million records worldwide and has to date released three hugely successful albums 'James Arthur' (UK No.2), 'Back From The Edge' (UK No.1) and 'YOU' (UK No.2), alongside nine solo UK Top 40 singles. He has had two No.1 smash hits and was awarded a disc for reaching a billion streams on Spotify with ‘Say You Won't Let Go’, the No.1 global hit that brought the singer-songwriter from Middlesbrough back from the edge (it currently has 1.7 billion streams on the platform). James recently dominated the airwaves and charts with his storming collaboration with Sigala ‘Lasting Lover’. The track was a No.1 airplay song in the UK, No.1 on iTunes and Top 10 on the Official Singles Chart.