Joel Corry to play in Belfast in October 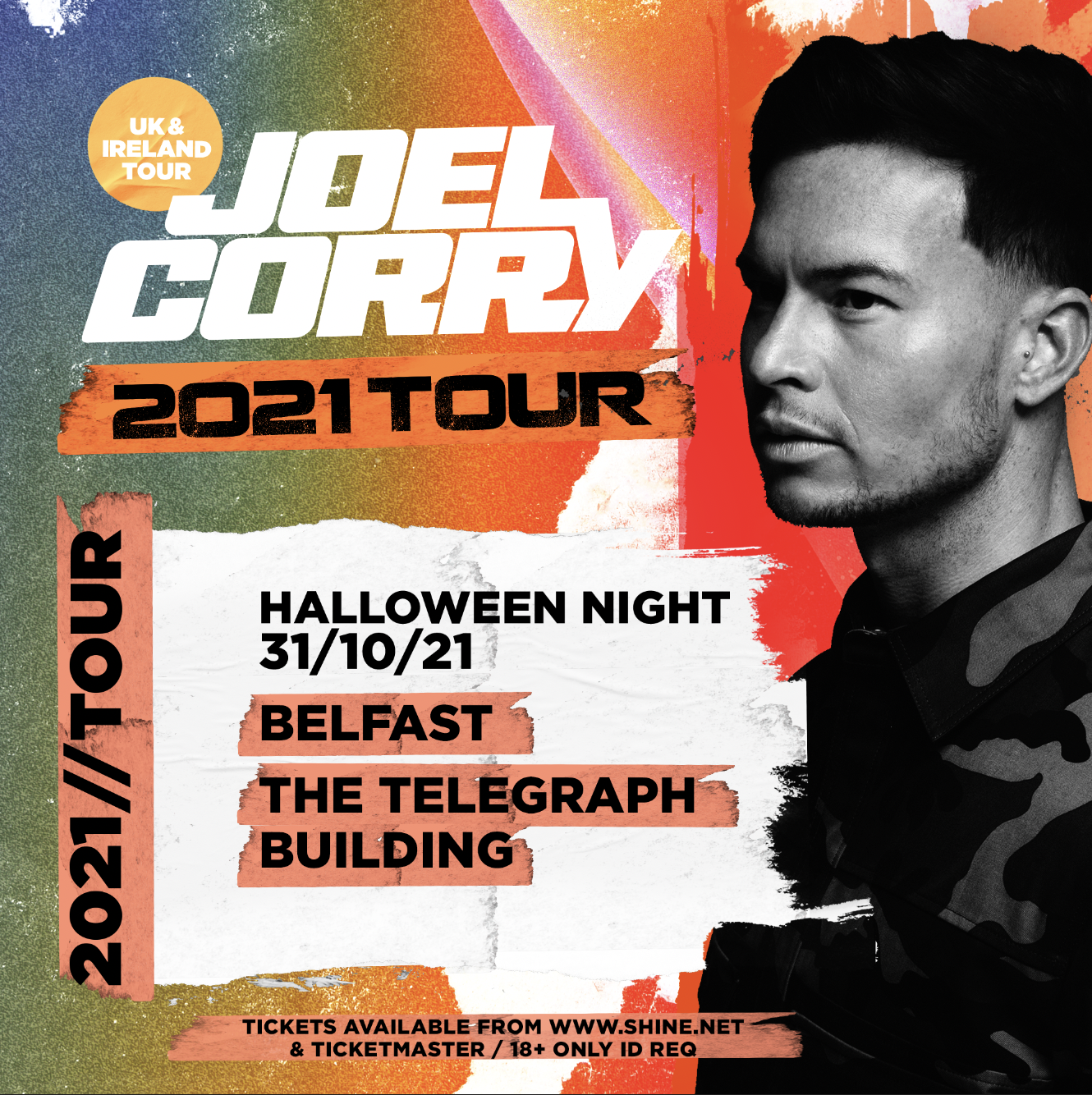 JOEL CORRY
+ SPECIAL GUESTS
31 / 10 / 21
THE TELEGRAPH BUILDING BELFAST
TICKETS ON SALE FRIDAY AT 10AM FROM WWW.SHINE.NET & TICKETMASTER / 18+ ONLY ID REQ

London-based DJ/producer Joel Corry is pleased to announce a headline show at The Telegraph Building, Belfast on October 31st 2021. Joel has spent the last decade playing clubs right across the UK and Europe. Growing up during the peak of the UK Garage era, Joel’s early musical influences included iconic figures like Todd Edwards, MJ Cole and DJ EZ, who continue to influence his musical output to this day.  He joined Kiss FM in 2017, where he hosts a weekly specialist show every Saturday night.

Joel’s Platinum-selling breakthrough single ‘Sorry’ spent 10 weeks in the UK Top 10 back in 2019, peaking at #6, and broke Shazam’s all-time daily record in the UK after receiving over 41,000 tags in one 24-hour period during the summer. He has since followed it up with further Platinum-selling hit singles ‘Lonely’, which peaked at #4 and spent a mammoth 11 weeks inside the top 10, and year-defining anthem,  ‘Head & Heart’ featuring MNEK. Officially the longest-running, consecutive #1 record of 2020 after spending six weeks in top spot, ‘Head & Heart’ was also recently crowned Biggest Dance Track Of 2020 by the Official Charts Company.

Joel’s new single, ‘BED’, sees him collaborate with RAYE and legendary DJ/producer, David Guetta, on a track written to capture the feelings of longing experienced by so many during the past 12 months.

With three Platinum singles to his name already, ‘BED’ is perfectly positioned to reaffirm Joel’s status as one of the biggest and most exciting breakout dance artists of the last 18 months.