Katherine Jenkins and Dame Vera Lynn will team up for a virtual duet of 'We'll Meet Again' when the former performs in an empty Royal Albert Hall on VE Day. 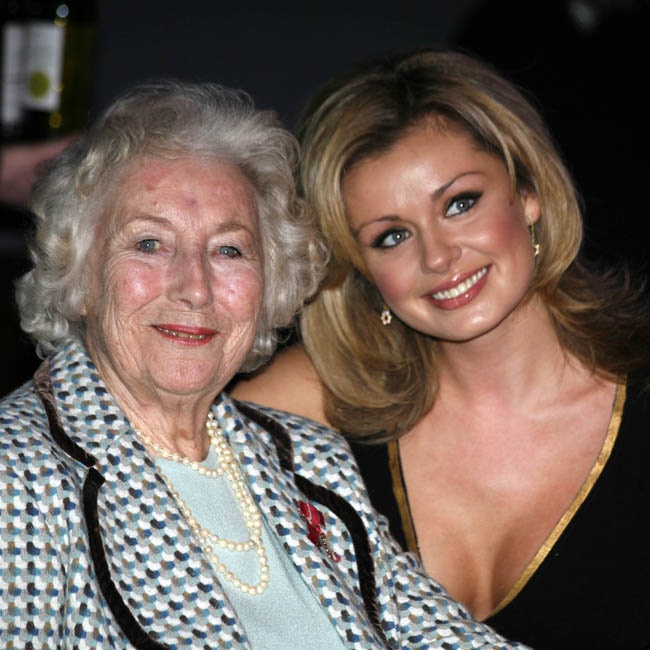 The 1939 song, which was originally performed by Lynn, 103, to boost morale during World War II, saw a surge in streams after Queen Elizabeth II referenced it in her rare televised address to the British public and the wider Commonwealth amidst the coronavirus pandemic last month.

And so Lynn and the Welsh mezzo-soprano singer, 39, decided to re-release the anthem on April 11, with all profits going to NHS Charities Together to support the healthcare workers working to help support and care for COVID-19 patients.

And now, Katherine is set to perform a special VE Day set at London's Royal Albert Hall, which is stood empty amid the health crisis, including the virtual duet with Vera.

So excited to announce I’ll be performing at an empty @RoyalAlbertHall for the 1st time in its 150-year history in honour of #VEDAY75. Streaming on @YouTube Friday 8th May at 6PM BST with @MayorofLondon and @SSAFA. Info https://t.co/pLUhuIfTQI #RoyalAlbertHome #LondonTogether ❤️ pic.twitter.com/fvFseUbnq8

In a statement, Katherine said: "In London on VE Day 1945, over a million people celebrated Victory in Europe and the end of nearly six years of war. Crowds gathered en masse in Trafalgar Square and up the Mall to Buckingham Palace and whilst we may not be able to celebrate this year as we once did, it's only right that we don't allow the 75th anniversary of this historic day to be overshadowed.

"Having been part of the 60th and 70th events, I wanted to do something to help bring the nation and the world together in commemoration and celebration at this difficult time. I'm excited that we can still come together, albeit virtually, for a tribute of wartime songs and musical memories from London's most iconic concert venue.

"The Royal Albert Hall will be seen like never before - empty, isolated and yet still breathtakingly magnificent!"

As well as 'We'll Meet Again', Katherine will also perform wartime classic '(There'll Be Bluebirds Over) The White Cliffs of Dover', which Vera made famous in 1942.

The Forces Sweetheart added: "I'll never forget how 'We'll Meet Again" meant so much to all those soldiers going off to war as well as with their families and sweethearts.

"Seventy-five years since the end of the war in Europe, the virus has given those lyrics a whole new meaning.

"I have found the nation's renewed love for the song very moving.

"I hope this special duet lifts the spirits of our VE Day Veterans and all those separated from loved ones at this time."

The concert is a tribute to those who lost their lives during the Second World War and also to thank the Armed Forces, NHS staff and everyone fighting on the frontline during the pandemic.