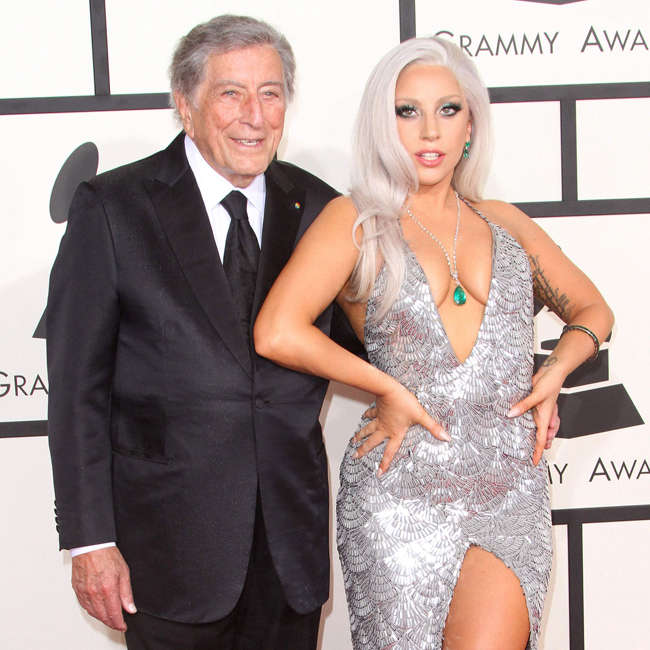 The upcoming LP - which follows their 2014 album ‘Cheek to Cheek’ - was recorded after the 95-year-old jazz legend was diagnosed with Alzheimer’s disease.

Fans can expect their take on the Cole Porter songbook of classic popular music, with the pair singing both duets and solos.

Gaga and Tony's version of Porter's classic ‘I Get A Kick Out Of You’ is out now, and MTV is set to premiere the official music video on Friday (06.08.21).

Taking to Instagram to announce the joint album, Gaga wrote: "The day we released "Cheek To Cheek" in 2014, @itstonybennett called me and asked me if I wanted to record another album with him, this time celebrating the songs of Cole Porter. I'm always honored to sing with my friend Tony, so of course I accepted the invitation. Today, I am so excited to announce that our new album "Love For Sale" will be released October 1. You can pre-order the album and listen to our first single "I Get A Kick Out Of You" everywhere now! (sic)"

What's more, the pair will play their second ‘One Last Time: An Evening With Tony Bennett and Lady Gaga’ concert on Thursday (05.08.21) at the legendary Radio City Music Hall in New York.