Melanie C has announced the release date and track-listing for her eighth solo album, 'Melanie C', which is set for release on October 2. 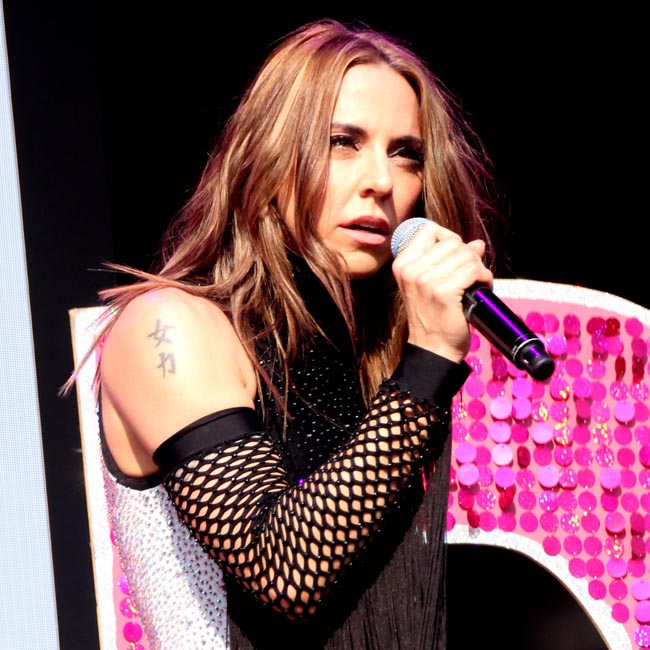 Melanie C will release her new self-titled album on October 2.

The Spice Girl has just dropped the third single, 'In and Out Of Love', which follows 'Who I Am' and 'Blame It On Me', and now she's unveiled her upcoming eighth solo album - which had been delayed due to the coronavirus pandemic - on social media.

She wrote on Twitter: "I'm incredibly excited to announce that my new, self titled album, "Melanie C" will be out on October 2nd.⠀

"There are loads of great bundles available on my website now! (sic)"

'Melanie C' is the follow-up to 2016's 'Version of Me' and the 'Northern Star' singer - who is known as Sporty Spice in the 'Viva Forever' group - recently teased that the LP is "informed" by her alter ego.

The 46-year-old singer explained how she wanted to acknowledge her Spice Girls persona because Sporty will always be a part of her, whilst she teased that the album is "empowering and fun".

She said: "I had this song going into the Spice shows where I was nervous about being Sporty again.

"But singing those songs in rehearsals I realised I am here, she is within me.

"It made me reflect on my life and inform this album.

⁣🤩 I’m incredibly excited to announce that my new, self titled album, “Melanie C” will be out on October 2nd. ⠀
⠀
💿 Pre-order my new album (Digital & Physical): https://t.co/XgyEku7w0R
⠀
🔥 There are loads of great bundles available on my website now!⠀ pic.twitter.com/vHfU1Fdgo6

"I wanted to make an album that really acknowledged that.

"I felt it was time to embrace everything about myself, Sporty, Melanie, mum, girlfriend, cleaner, cook, therapist.

"And I wanted it to be empowering and fun."

On it being a new chapter, she added: "This one is different because I have massive new changes behind the scenes, new management.

"Not many people survived the cull.

"Importantly new A&R, and I was introduced to lots of new artists, songwriters and producers, it really feels like a new chapter."

Among the new artists the pop star is in touch with his Nadia Rose, who she has recorded a collaboration with for the record called 'Fearless'.

Melanie has long gushed about how much of a fan she is of the 27-year-old Croydon rapper.

The track-listing for 'Melanie C' is: