Rita Ora is to feature on a Sigala song penned by her close pal and previous collaborator Charli XCX. 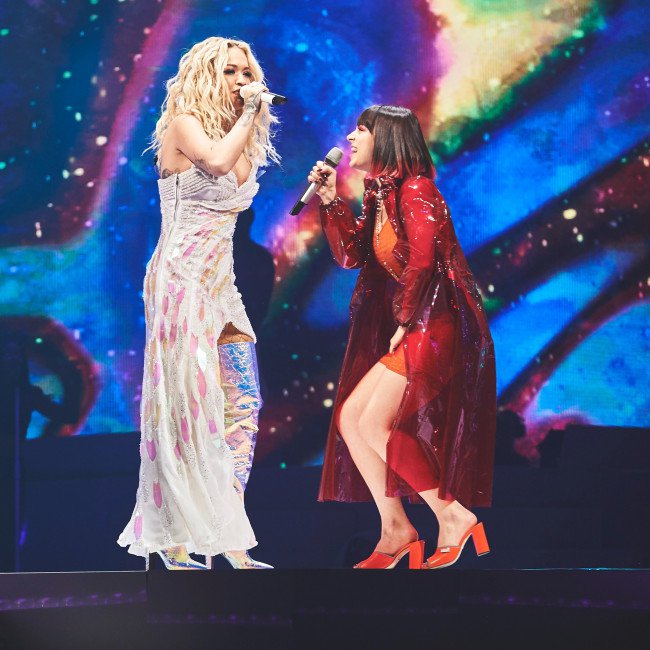 Rita Ora's next track is penned by Charli XCX.

The latter is said to have written 'You For Me' a while back and DJ Sigala has worked his magic on it and will release it as a single featuring the vocals of the 'Anywhere' singer.

A source told the Daily Star newspaper's Wired column: "Charli co-wrote 'You For Me' a few years ago but never planned on it being for herself.

"She and Rita are best mates so naturally she loves that she is going to do her thing on it."

Rita, 30, previously featured on an alternative version of close pal Charli's song 'Doing It' from her 2014 LP 'Sucker', and in 2018, the pair were joined by Cardi B and Bebe Rexha on the empowering anthem 'Girls'.

Meanwhile, the 'Hot Right Now' hitmaker previously explained that she wanted to "come face-to-face" with "a bit of a challenge" on her upcoming third album, revealing fans can expect a totally different experience on her follow-up to 2018's 'Phoenix' as she had a desire to experiment.

She said: "People have been coming to studio sessions from all over the world. I've been working on this now for the past two year on-and-off. I have plans for this third album to be something I've never done before and I really want to experiment and come face-to-face with a bit of a challenge. So there are writers I've never worked with before and live instrumentation."