Tickets on Sale Monday 8th February at 9am 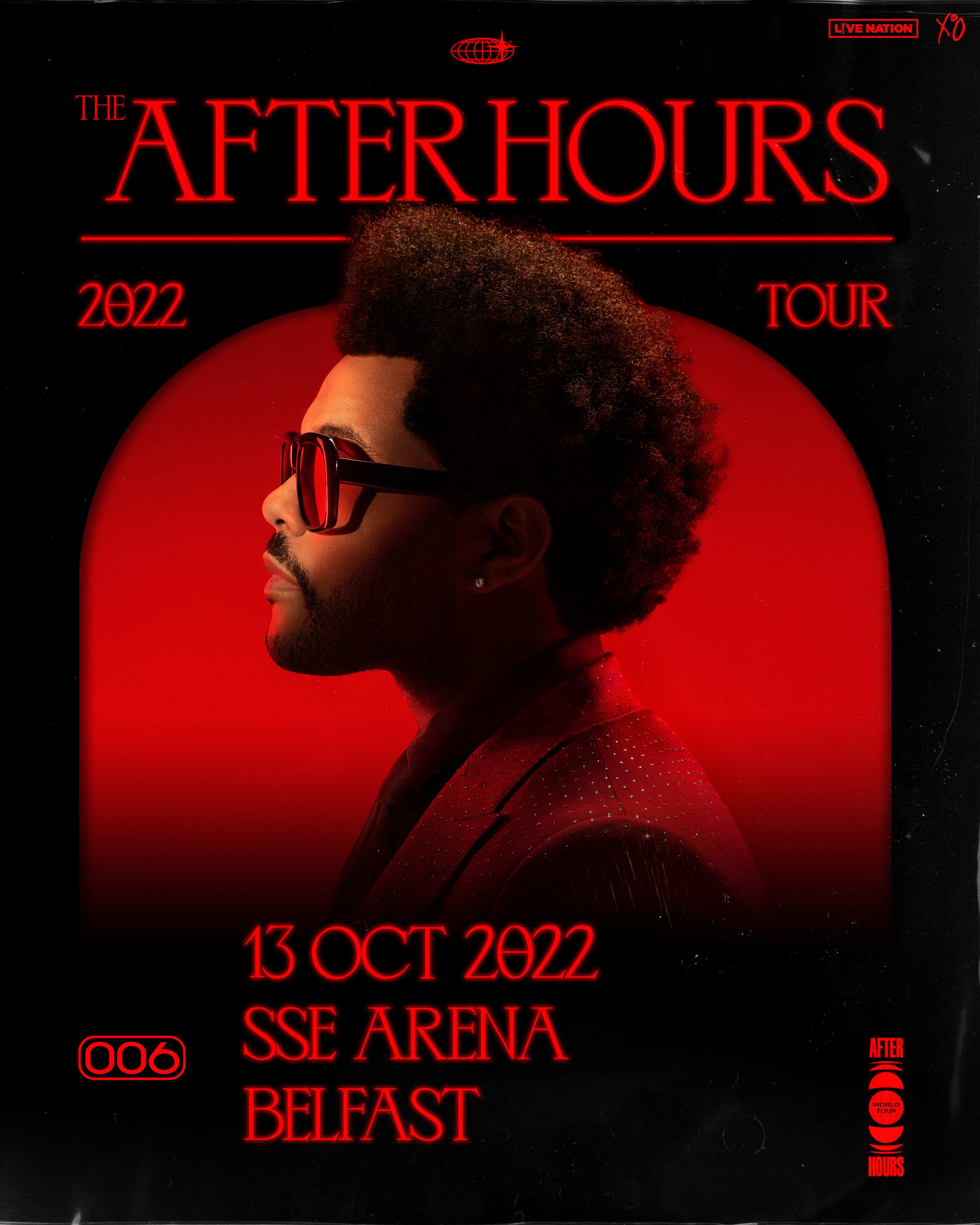 The 104-date global tour will kick off on January 14th in Vancouver at Pepsi Live at Rogers Arena with stops in Chicago, Dallas, Los Angeles, Miami, Paris, Berlin, Belfast and more, before wrapping November 16th in London at The O2.

The worldwide tour announcement comes just days ahead of the multi-platinum singer’s headlining Super Bowl performance, and also includes a handful of rescheduled dates shifting from 2021 to be a part of the After Hours World Tour in 2022.

With the addition of 39 new tour dates, The Weeknd will also release The Highlights on Friday, February 5th. The Highlights is a way to present some of The Weeknd’s most notable works in one place.  While this isn’t a “Greatest Hits” album it does provide a new listener a rich foray into some of the iconic artist’s best and favourite work. Fans can pre-save and pre-order the album HERE.

TICKETS on sale Monday 8th February at 9am at TheWeeknd.com/Tour  and www.ticketmaster.ie